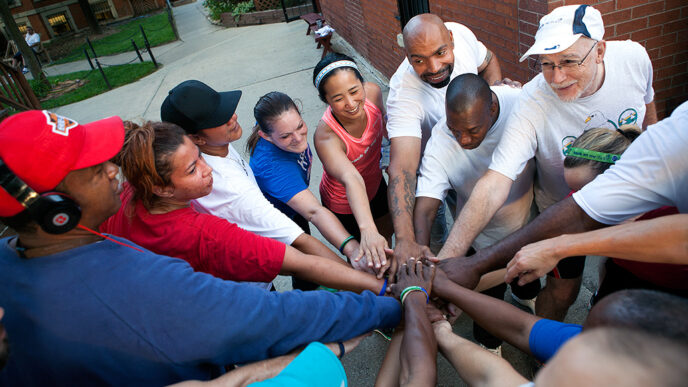 Bruce Springsteen wrote and recorded a song about my hometown, Youngstown, Ohio. When I first heard the track, it was instantly familiar. Springsteen’s raspy voice fully expressing the melancholy of a rust-belt town. It only took hearing it once for it to be indelibly marked in my memory bank.

I was the young person who grew up in a town that, it seemed, everyone else had long forgotten. My steelworker father, who unlike most never abandoned the town, would often frame Youngstown’s downfall in the simplest terms: corporate power trumped labor. The accepted truth for him was that corporations make money and yes, employ hundreds of thousands—but when profit margins shrink, they will abandon people like him.

His unequivocal message to me was that I should do everything possible to join the ranks of corporate management, but he would add, almost jokingly, “when you do, don’t forget us—the people.” I left Youngstown for college in 1988 fully committed to pleasing my father, and to better understanding why Youngstown had been forgotten.

My father was very concerned a few years later about my decision to forgo a corporate career path in favor of a personal commitment to create social good by working for not-for-profit organizations. He lamented for years about how much money and influence I was forsaking for the hopeless cause of trying to redistribute power to those society often forgets. It was not until just a few years before his passing, after me spending nearly two decades toiling in the worlds of social justice advocacy and public media, that he acknowledged that it was his own advice—“Don’t forget us”—that had cemented my journey.

I left Youngstown for college in 1988 fully committed to better understanding why Youngstown had been forgotten.

Chicago has been my new hometown for nearly 30 years. From the moment I arrived, I was exposed to legendary folklore about its centers of power. Similar to Youngstown, there’s the tension between management and workers. And there’s also the political frame for power: mayor as Boss, alderman as ward king, street gangs as owners of territory. And, as the birthplace of modern community organizing, there’s a palpable feeling that power is limited and often concentrated, which triggers a seemingly never-ending struggle to acquire and keep it. For Black and Latinx communities, which have experienced segregation and historical under-investment, such a power framework often yields feelings—real and perceived—that everyday people are intentionally deprived of opportunity to harness and use both individual and collective power.

The Chicago Community Trust’s newly adopted strategic goals are grounded in the belief that our collective future is dependent upon our ability to transform and connect with the region’s poorest and isolated communities. Transformation of these communities hinges on our willingness to recognize and respect resident power networks that exist in Black and Latinx neighborhoods.

The Trust has made such a commitment. We have done so for two primary reasons. First, we recognize the importance for all Chicagoans to be connected to strong, resilient and trustworthy relationship networks. Such networks are essential to the creation of social capital: trusted relationships that lead to people supporting one another because they can expect to receive reciprocal support. Such capital allows individual residents and households to access information they need in response to crises and to leverage opportunities. Second, it is from these robust webs of trustful relationships that collective power and action emerge. In short, the journey to building collective power benefits both the individual and the group.

Strong, resilient and trustworthy relationship networks are essential to the creation of social capital: trusted relationships that lead to people supporting one another because they can expect to receive reciprocal support. It is from these robust webs of trustful relationships that collective power and action emerge.

People. Voice. Action. This is our investment. The Trust’s commitment to building a connected and thriving Chicago region requires us to help create the conditions for resident relationship networks to develop and expand at the community level. To do so, we will support community organizers and organizations such as block clubs that are directed by residents. Unconditional support of community organizing in this regard underscores the principle that power emerges when people set their own agendas rather than respond to ones set by others.

In addition, we will support neighborhood media and storytelling platforms that honestly reflect the collective voice of community residents. Ultimately, the goals herein are to strengthen trusted content channels that connect residents to information they need to be empowered civic participants, and to reflect accurately the ongoing needs and opinions emerging from Black and Latinx communities. We have also committed to responding to the collective voice of these organized networks. The Trust will support priority initiatives that come from the community. In doing so, we hope to play a role in fostering bonds of trust by supporting people working collaboratively to build community.

Ultimately, our aim is to help tap into the power that already exists in these communities. Power that leads to stronger and connected networks that help communities plan and implement projects, respond to a crisis or mobilize to achieve the change they seek.

I’m grateful that my journey has put me at the Trust at this moment. I bring to this work my lifelong commitment to ensure that everyday people, especially in Black and Latinx communities, are never unseen or forgotten; and, equally important, a belief that every citizen is filled with power, which is only limited when it stands apart from the collective.