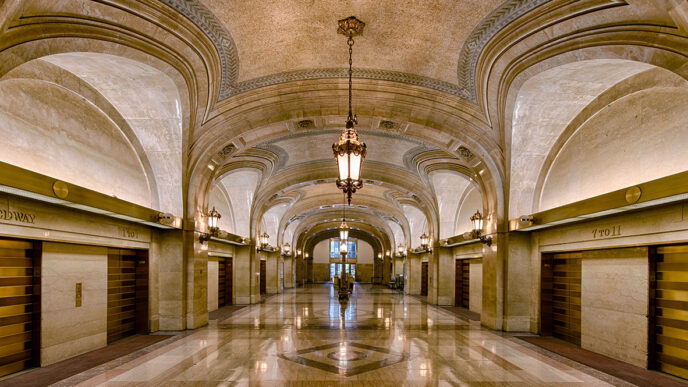 The Quest to Fix Chicago’s Budget–30 Years Ago

Before joining the Trust’s Executive Committee in 1979, James F. Beré had established a wide-ranging reputation for civic service and business acumen as chief executive officer of BorgWarner.

So it was no surprise when, in September 1985, Mayor Harold Washington approached Jim Beré with a request to make a “hard-nosed, business-like evaluation, with no punches pulled,” of the City’s long-term finances.

Beré was named co-chairman of this Chicago Financial Research and Advisory Committee (now the Civic Consulting Alliance) at the Commercial Club of Chicago, established to analyze Chicago’s finances and make recommendations to the mayor.

The result was a report analyzing Chicago’s finances and advancing over 200 recommendations to the Mayor, ranging from cost containment to revenue enhancement and management initiatives. The report also provided a framework and an agenda for public-private partnerships, promoting the use of pro bono, private-sector resources to address city priorities, thus sharing accountability for a better Chicago.

Jim Beré, at left, talks with Indianapolis Mayor Lugar in 1975. Image courtesy of the University of Indianapolis Digital Mayoral Archives.

Beré assumed the chairmanship of the Trust’s Executive Committee in 1989. Three years later, he became the first Trust chair to die in office since Clifford Barnes. At his passing, former Illinois Governor James R. Thompson said:

“Mr. Beré was a business leader from the old school. He was one of those businessmen who helped make Chicago great and added to its reputation as an international business center. He epitomized an extraordinary blend of civic mindedness and public and corporate philanthropy… one of Chicago’s truly great gentlemen.”