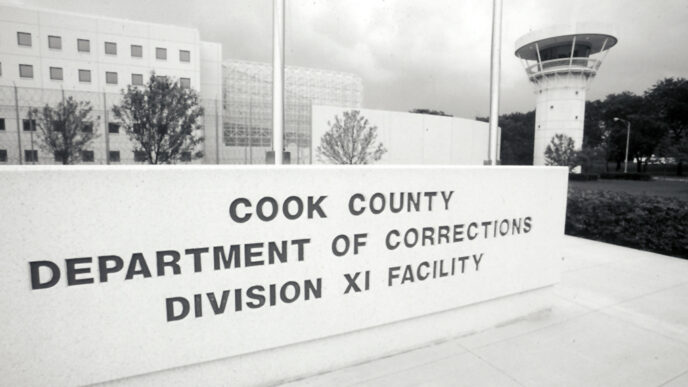 One of the goals of the Chicago Appleseed Fund for Justice is to ratchet down the number of men and women who spend time in jail or prison, especially those who get caught up in a web of heedless practices that have accrued to the justice system in Cook County.

The Fund for Justice has been working for systemic legal reform in Cook County since its founding in 1970 as the nonprofit branch of the Chicago Council of Lawyers. In 1997, the fund reorganized to join forces with a national group with similar goals called Appleseed, and now works in collaboration with the CCL.

“We consider Appleseed the preeminent organization in Chicago for these issues,” says James H. Lewis, senior program officer and director of research and evaluation for The Chicago Community Trust. “They have played a fundamental role in justice system reform on a number of issues.”

Chicago Appleseed’s projects often begin with lawyers or judges in the trenches reporting court-related injustices, and can involve the deployment of court watchers and extensive research into “best practices” remedies that have been tried elsewhere, says Malcolm Rich, Chicago Appleseed’s executive director. Chicago Appleseed often functions as the “catalyst” for these initiatives, Rich says.

“It makes a lot of sense to have a judge respond to the problem of the person standing in front of him, rather than treating everybody who comes into the court as simply someone to be punished. Ultimately, it leads to a safer community.“

One such project is a pilot Access to Community Treatment Court at the Leighton Criminal Court Building at 26th and California, with Judge Mary Roberts presiding. Repeat drug offenders who want to stop their own cycles of drug use and incarceration volunteer to participate in a program that helps them overcome their addiction and connect with resources that will help them live normal lives in the community. If they complete the program, the charges for which they face prison will be dismissed.

The year-old ACT program has had 15 graduates so far, and is looking to expand—not only in terms of adoption in other courtrooms, but also in terms of the populations whose issues it might address.

A number of individuals were involved in creating the ACT court, Lewis says, but “I credit Malcolm with being the leader on this one.” The approach addresses drug problems “more as a public health issue, and more intelligently” than the more punitive traditional approach, Lewis says. The long sentences that have become routine for drug offenses “don’t get at the underlying problem,” which is addiction. “And if people didn’t use drugs, there would be so much less violence, theft and robbery.”

Other injustices Chicago Appleseed has helped address are the practice of judges holding bond hearings remotely, via webcam, rather than in person; and another whereby some judges were routinely denying defendants the services of public defenders without first holding indigency hearings.

Three years ago, Chicago Appleseed began to ask lawyers to evaluate their experiences in the courtrooms of judges who were up for retention. Other groups rate judges, mostly to offer voters advice on which judges to endorse, but “the breadth of this survey was unique,” geared to help the judges themselves improve their job performance—and to normalize the practice of gathering data about the judiciary, Lewis says.

“People who feel they have been treated fairly have more respect for the system,” and are less likely to break the law again, Lewis says. “It makes a lot of sense to have the justice system, and a particular judge, respond to the problem of the person standing in front of him, rather than treating everybody who comes into the court as simply someone to be punished. Ultimately, it leads to a safer community.”