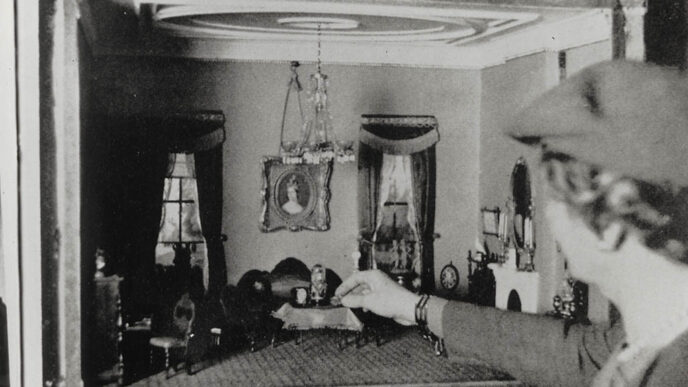 Miniature examples of 18th, 19th and 20th century interior design have never been as artfully assembled as the Thorne Rooms of Narcissa Niblack Thorne, now housed at the Art Institute of Chicago. Her meticulously authentic portrayals of indoor worlds have delighted and charmed everyone from children to scholars for generations.

Thornes’ interests in art and design started in childhood and continued well after she married her sweetheart James Ward, an heir to the Montgomery Ward department store fortune, in 1901. An estimated 99 Thorne rooms are known to exist.

To produce her miniatures, Thorne worked in a studio on North Michigan Avenue. Thorne’s works were publicly exhibited during the Century of Progress in 1933, helping her gain widespread recognition. Three years later, the late Queen Mary of England requested that she create a miniature version of a room at Windsor Castle to mark the planned coronation of Edward VIII, who later abdicated the throne to marry Wallis Simpson. Thorne turned out one of her most exquisite examples which she delivered in person to Marlborough House at the Queen’s request.

In her will, Thorne made a large bequest to The Chicago Community Trust, stipulating that the first draw on income should be devoted to maintaining the 68 Thorne Rooms at the Art Institute, with the balance going to Children’s Memorial Hospital.

The Thorne Rooms’ enduring popularity has so captured the public imagination that The Sixty-Eight Rooms, a series of children’s adventure books, has been written about them.

Even now, the Trust continues to provide necessary financial support to the Thorne Rooms for their upkeep, so new generations can enjoy their unique appeal. The balance of Thorne’s bequest likewise continues to support children’s charities in perpetuity.