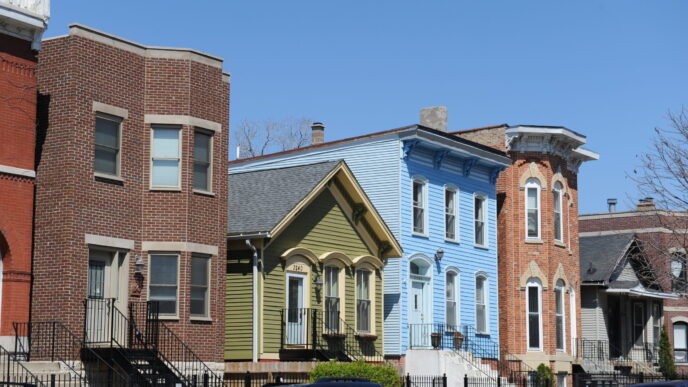 Land is the Truest Asset

A few years ago, I attended a peer city exchange with representatives from Chicago, New York City, and Los Angeles. In the spirit of mutual learning, elected officials, city planners, and economic developers shared their challenges and opportunities. The impact of the built environment on the lives and livelihoods of people was a prominent discussion topic at the event.

Interestingly, while the Chicago delegation bemoaned a scourge of so-called “derelict” parcels in our city — vacant lots, abandoned buildings, and otherwise troubled sites mostly on the South and West sides and seemingly with little hope for development — increasingly unaffordable Los Angeles and New York City opined the fantasy of a development do-over — if only they had our land.

I left the event questioning Chicago’s recalcitrant (and unhelpful) narrative of the vacant lot as Unredeemable Liability. While the challenges of these parcels are real — tax delinquency, absentee ownership, pollution, blight, crime — they also provide a baseline ingredient for wealth creation: land.

Earlier this year, the Center for Municipal Finance at the University of Chicago released the first independent analysis of the Cook County Scavenger Sale, the biannual last-ditch frenzy to off-load tax-delinquent properties onto willing buyers. The landmark study was funded through a grant from The Chicago Community Trust’s Catalyzing Neighborhood Investment (CNI) strategy. While the headline is the Scavenger Sale is not benefitting the residents of Cook County (administrative and legislative interventions are on the horizon), the more disturbing problem is the sheer number of properties involved in the sale: nearly 30,000 and mostly in communities of color. Most never leave the system’s structural clutches.

During a recent public convening about the report, researchers Christopher Berry and Maxwell Schmidt were clear that a problem of this scale requires multiple private and public solutions. This is even more true when you include the full universe of troubled parcels scattered across Cook County, estimated at as many as 50,000. The Trust will work with partners to fix the Scavenger Sale, but we need programmatic, development, capital, and policy solutions to deal with the full scale of the problem.

Over the next few years, look for CNI to approach the issue of vacant land with openness, vigor, creativity, and in partnership. General operating dollars from CNI’s Flexible Funding Program will give community-based organizations in neighborhoods struggling with these parcels the flexibility required to devise outside-the-box solutions, such as Emerald South Economic Development Collaborative’s Terra Firma program, a revenue-generating, job-creating cleaning and beautification service for vacant land. Or Chicago Eco House, another CNI-supported South Side social enterprise that turns vacant land into flower farms for its thriving commercial flower business.

For-profit Black and Latinx real estate developers, many of whom are committed to using these parcels to grow their portfolios, can now find problem-solving supports through peers, experts, and connectors at the Chicago Emerging Minority Developers Initiative, which launched last year with CNI seed funding. CNI’s Pre-Development Fund, which also launched last year, will continue to provide grants to cover pre-development service costs for nonprofit and for-profit real estate projects, better positioning them for full financing. Without exception, these projects are on sites in need of development. CNI’s partnership with real estate advisor, Community Desk Chicago, helps with sourcing and vetting viable projects at strategic, if struggling, sites that may not otherwise get developed or secure the necessary capital.

Over the next few years, CNI and the Trust’s Growing Household Wealth team will partner with the Center for Community Investment on a residential infill project to get homeowners into new 2 to 4-flats built by Black and Latinx real estate developers. We will also test new community ownership models — “Community Investment Vehicles,” another partnership with Community Desk Chicago — for commercial and residential real estate projects along disinvested corridors. Vacant land is at the center of both projects. A recent CNI grant will allow a fledgling coalition of mostly chambers of commerce focused exclusively on corridor vacancy to push more aggressively for policies that save neighborhood “Main Streets” from the ravages of chronic neglect and the uncertainties of shifting consumer patterns. And we will continue to pour resources into place-based initiatives such as Elevated Chicago and Great Rivers Chicago, which use built and natural assets to advance equitable development. For Elevated Chicago, it is transit stations. For Great Rivers Chicago, it is the river system. Neither is possible without land.

Chicago has a considerable development advantage over New York City and Los Angeles – we have land. But our development do-over must create wealth for the people who live, work, and play in the places where land is plentiful.

“Communities can’t fix what they don’t own,” said Community Desk Chicago’s Ja’Net Defell in a recent conversation. CNI and countless partners are working to change that.

Michael Davidson is a senior director at The Chicago Community Trust. He leads the Trust’s Catalyzing Neighborhood Investment strategy. 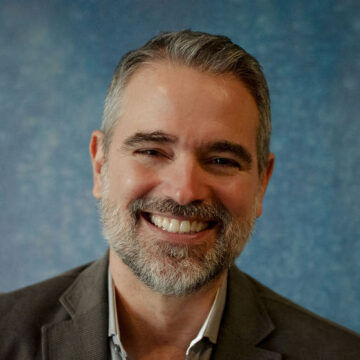