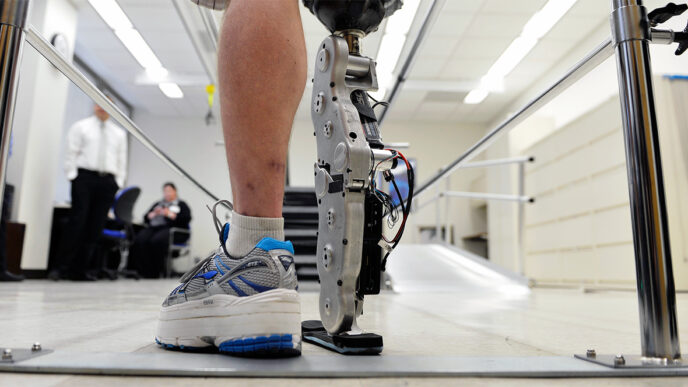 In 1964, when the then ten-year-old Rehabilitation Institute of Chicago launched a fundraising campaign to build a gleaming new facility at 345
E. Superior St., the plans were more than a little audacious.

“The idea of going from a little warehouse to a $28 million, 20-story building sounded a bit grandiose,” RIC medical director and CEO Dr. Henry Betts acknowledged in an interview in 2005.

But where some might have suggested he scale back his ambitions, The Chicago Community Trust’s executive director James Brown IV rose to the challenge. Brown wrote a letter noting that, while the Trust did not ordinarily fund capital expenditures, he believed the mission of the RIC to be “of the highest priority”—and pledging an early $250,000 to the campaign.

“They really took a chance on this place,” recalled Betts, noting that the imprimatur of the Trust gave other funders the confidence to follow suit. “It was pioneering of them to do that.”

Dr. Betts, who passed away January 4, 2015 after a long illness, established the Rehabilitation Institute as the pre-eminent institution for physical medicine and rehabilitation in the country.

A visionary and tireless advocate for the rights of people with disabilities, Betts also served for the duration of his remarkable career as a valued consultant to the Trust. He was chair of the Trust’s Persons with Disabilities Fund, and under his direction the RIC was in 1974 the inaugural recipient of the Trust’s James Brown IV Award for Excellence in Outstanding Community Service. Since 1953 the Trust has given more than $22 million to support various initiatives at the RIC.

Born in New Rochelle, NY, and raised in New Jersey and Florida, Betts came to Chicago in 1963, fresh from his medical residency at NYU’s Institute for Rehabilitation Medicine under Dr. Howard Rusk, widely considered the founder of the field of rehabilitation medicine. Before that, Dr. Betts earned a BA from Princeton University and his MD from the University of Virginia, and served in the U.S. Marine Corps.

Marca Bristo, president and CEO of Access Living, remembers Betts as a friend and mentor, and a champion of a holistic model for treating people with disabilities not just as patients, but also as citizens.

“He really tried hard to center his practice around the needs of his clients and saw that those needs transcended the walls of RIC,” Bristo says. “This wasn’t just about walking, it was about helping people make the bridge from a sudden-onset catastrophic experience and find a way to live with it, without shame.”

Betts was committed to eradicating the social stigma of disability. He worked tirelessly toward the 1990 passage of the Americans With Disabilities Act, noting that there are 53 million people with disabilities in the United States—and “they could be you or me.” In 2015 the Trust put up $1 million to commemorate and honor the 25th anniversary of the ADA.

“This wasn’t just about walking, it was about helping people make the bridge from a sudden-onset catastrophic experience and find a way to live with it, without shame.”

In his later years, Betts devoted himself to a new challenge: the high
unemployment rate among people with disabilities. “I credit the work we are doing now to engage business to the vision of Dr. Betts,” says
Commissioner Karen Tamley, of the Mayor’s Office for People With Disabilities, who worked with Betts as co-chair of the PWD Fund. “He cared deeply not just about the physical well-being of community but about our independence and our economic empowerment.”