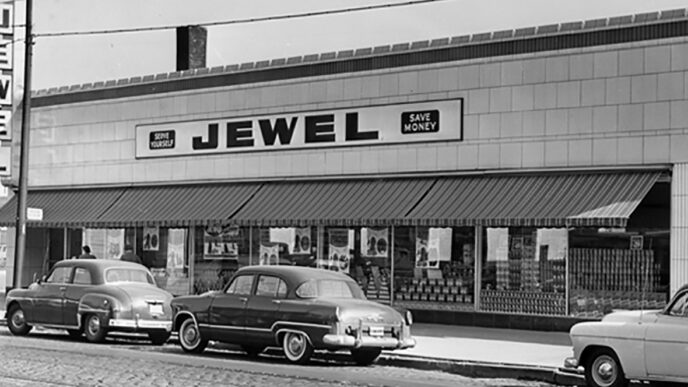 When tapped to become executive vice president of Jewel Companies in 1960 and then president in 1965, Donald Perkins immediately saw the promotion as an opportunity to advance the company’s civic and community involvement. Most importantly, it was his chance to play a vital role in keeping Chicago healthy.

“At Jewel, we stress the importance of being a good corporate citizen of each community or neighborhood in which we operate. My involvement in community service is only an extension of that Jewel concept,” Perkins said in The Chicago Community Trust newsletter in 1978, a year after completing his term on the Trust’s Executive Committee.

Perkins truly lived by this tenet, serving on more than a dozen boards including Inland Steel Co. and Eastman Kodak Co. He also dedicated himself to nonprofits and institutions like the Trust, Northwestern University and the Ford Foundation.

In March 2015, the community lost its great civic and community champion: Perkins passed away at age 88 following complications from cancer.

“Don was always hardworking, fair and open minded. He understood the complexity and tradeoffs in business, civic life and higher education,” says Henry Bienen, president emeritus at Northwestern University. Perkins joined the university’s board of trustees in 1970 and was elected a life trustee in 2003.

Perkins was known for being a strong proponent of solid corporate governance and leadership. During his tenure at the Trust, Perkins focused on the Trust’s finances—ensuring that as much of its income as possible went toward supporting initiatives that helped the community. One way was to contain staff expenses to a general minimum of seven percent of income.

“I find significance in the words ‘The Chicago Community Trust.’ Community is what I have grown up serving. And trust — to be entrusted with the care of other people’s money is a responsibility I take seriously,” Perkins said in 1978.

He served for two years in the U.S. Merchant Marine during World War II, and was a first lieutenant in the U.S. Air Force during the Korean War.

Perkins got his start at Jewel in 1953 with a little help from his mother-in-law, who bragged about him to the grocery store chain’s chairman at a cocktail party.

Perkins began on a truck route in California; and once he moved to the Chicago area, he became the main buyer for the route business. He quickly continued to rise through the ranks at Jewel. By 1960, he was executive vice president; and then, he was named president and chief operating officer in 1965.

Jewel president Perkins got his start at the company in 1953 with a little help from his mother-in-law, who bragged about him to the grocery store chain’s chairman at a cocktail party.

In 1970, he was tapped to be CEO and chairman of the board, spearheading the supermarket chain’s rapid expansion and creation of the dual grocery store drugstore format.

He remained CEO and chairman for only 10 years, as he promised. He considered it more important for other talented leaders to have a chance to make an impact on the company. PetSmart founder Sam Parker and Staples founder Tom Stemberg are among those who once worked for Perkins.

Upon his retirement in 1980, Perkins didn’t stray far from the business world, or from his philanthropic endeavors. Outside of serving on corporate and nonprofit boards, he was active on the Business Council. He also led the formation of the Civic Committee of the Commercial Club of Chicago in 1983, which aimed to maintain a viable Chicago economy through job growth and propelling business. And at Northwestern, he co-chaired a 1998 capital campaign and participated on two presidential search committees, ensuring that his legacy would live on there for generations.