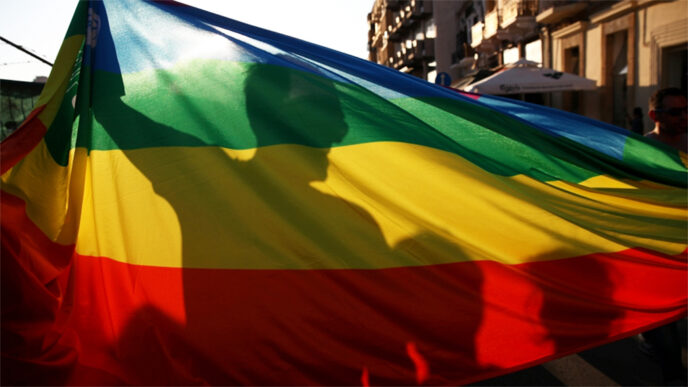 Upon learning that someone has died, Muslims recite “Inna Lillahi wa inna ilaihi raji’un”: “We surely belong to Allah, and to Him we shall return.”

I know that Muslims all across the United States are reciting this Quranic verse as they express their condolences to the families of those who were massacred in Orlando by Omar Mateen. But feeling sad or sorry won’t do anything to alter the cultural and, sadly, also the religious homophobia that has played such a big role in this tragic event.

When I heard about the Pulse nightclub massacre on Sunday morning, I immediately wanted to be in a gay bar demonstrating solidarity. But almost as quickly I thought, “Wait, I’m Muslim—I’m also guilty of this horror.”

Wouldn’t it have been terrific if my very first thought was instead, “Wait, I’m Muslim—I’m going to call all the local mosques to join me demonstrating our support and love for our LGBT community members.”

How far away can that day be? Not far, if only we stop consoling and instead start listening to stories from our gay brothers and sisters. We are not that different, and many of us, like myself, happen to belong to both communities.

Growing up a gay American Muslim meant living in the closet. Even when a friend in grade school challenged me—“I know you’re gay!”—I had already learned to deny it.

I am a Shia Ismaili Muslim. We call our mosque Jamat Khana, “a house of gathering.” As a child I went to Jamat Khana twice a day. But now, at 45, I attend only infrequently—because I can’t take my husband Jamil with me.

Instead, more often I accompany him to Easter and Christmas services at the Methodist church that houses our theatre company (he’s an Antiochian Orthodox Christian). Although I’m welcome to come as myself to Jamat Khana, it’s a difficult environment for people to be out. It goes back to cultural upbringing.

Growing up in Chicago as the child of immigrants, my mom always told me to “take the good, leave the bad.” In addition to alcohol, cigarettes and pork, the bad included the “gay lifestyle.”

Growing up a gay American Muslim meant living in the closet. Even when a friend in grade school challenged me—”I know you’re gay!”—I had already learned to deny it.

It wasn’t until after college that I came out, not that I had much of a choice. One of my five brothers outed me to my family. I’m extremely grateful that he did. Once I was out, another brother began driving me to Boystown. He wanted me to be safe going to and from the bars on Halsted Street. The fact that a police station was situated in Boystown did not prevent hatemongers from harassing us or even assaulting us without provocation.

I saw in my family a dichotomy: no matter what they thought of others who were gay, I was one of their own. They needed to keep me safe. Their interest in my boyfriends, and ultimately in the man I chose to marry, has meant a complete family that is there for both of us.

I saw in my family a dichotomy: no matter what they thought of others who were gay, I was one of their own. They needed to keep me safe.

One day my mom offhandedly remarked, “Jamil is so smart; shouldn’t he consider becoming a Muslim?” (No, Mom, he’s happy as a Christian). Another day, one of my sisters-in-law saw Jamil shopping by himself. She immediately called my brother, who then called me right away to make sure all was okay. “Why aren’t you with Jamil? Is everything okay between you?” (Yes, he can and does shop by himself!)

Having learned to be honest about who I am, and being out, has led my family to accept both of us as a complete part of the larger Gillani family story.

Not all of us are so lucky. The fact is, if you’re going to be a gay Muslim, you’re going to have to learn to stand up for yourself. Sometimes that’s difficult, even dangerous. Allies, Muslim and non-Muslim, make the journey that much less treacherous.

My wish, as I mourn the lives lost in Orlando? Let all families hold their loved ones dear; and let our LGBT American Muslims live their lives with dignity, openly and freely.

Adapted from an editorial originally published in the New York Daily News.