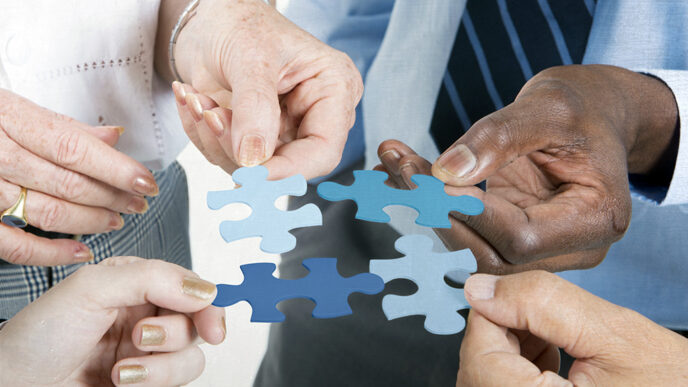 With the persistent funding crisis that has faced Illinois nonprofit human service providers since the start of the recession, the question is increasingly asked: Why haven’t more providers merged, or been acquired, so as to “shake out” weaker organizations and strengthen the stronger ones? After all, mergers and acquisitions are commonplace in the private sector.

To understand why mergers may be more common in the private sector, it is useful to consider some of the differences between private and nonprofit organizations.

Nonprofit mergers often fail to happen because an organization is carrying too much debt; because the board and/or staff are committed to the organization’s independent mission and legacy; or because senior staff fear losing their jobs in a new organization that won’t need two executive directors. And the reason underlying all three of these obstacles may be the inherent difference between nonprofits and for-profits.

Many State contracts pay providers substantially less than it costs to perform human services—meaning that the organization can literally lose money by providing services.

Driven legally by pursuit of mission rather than by maximizing shareholder value, nonprofits can’t do many of the things that fuel corporate consolidations.

Many State human service contracts pay providers substantially less than it actually costs to perform the service—meaning that without doing outside fundraising, the organization can literally lose money by providing the service. Organizations working in these fields are not, therefore, attractive merger partners.

How many nonprofits is too many? Read more about the human service ecosystem: Is a Shakeout Needed in the Human Service Sector?

Nonprofits do merge from time to time, spurred by the willingness of a stronger organization to preserve the services provided by a weakening one; by an opportunity to collaborate where the organizations complement one another; or because two or more smaller organizations feel they could be more influential, stable, or raise more money, by becoming one stronger one.

The longer the State financial crisis persists, the more combinations and mergers we may see. However, the incentives for nonprofit combinations will always be different from that of for-profits.