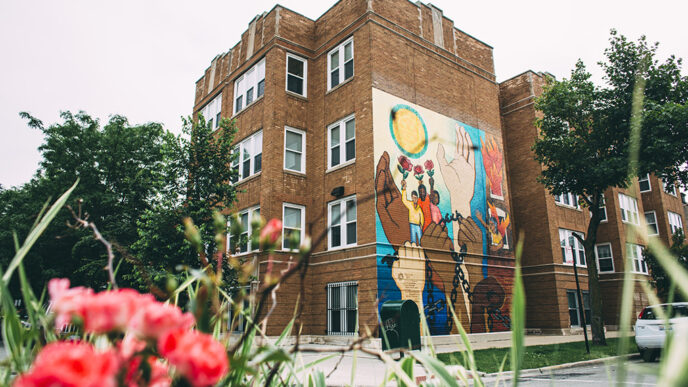 Just about 18 years ago, I received a call from Torey Malatia, a man many consider to be a true visionary of public radio. Malatia was then general manager of WBEZ, Chicago’s local National Public Radio affiliate. His well-regarded reputation was unknown to me at the time. My vague awareness of him came from occasionally listening to WBEZ and hearing a familiar voice during on-air fundraising drives. Surprisingly, he wanted to talk to me about a position at the station.

At the time, I was immersed in a role at the Shriver Center on Poverty Law and focused on advancing anti-poverty policies. The idea of working for a radio station felt incompatible with my desire to be a social justice warrior. Still, I agreed to meet with him at the station. He asked about me, my journey. He listened intently. He then explained the mission of public media. He spoke enthusiastically about the history of the Federal Communications Commission. The public owns the airwaves—all of it—and, he argued, noncommercial stations must fully embrace the mandate to be relevant and essential to their local communities. I would eventually join WBEZ and spend nearly 10 years motivated by the idea that journalism is critical to democracy and vital to informing and sustaining civic participation in communities.

During my tenure, I was part of the WBEZ team that committed to an unorthodox concept: Open neighborhood bureaus across the region to increase the relevance of our newsroom by being more present in the community. The original idea was to open five bureaus with a specific focus on communities where audience penetration was thin, which included Chicago’s Black and Latinx communities. Each office would be staffed by at least one full-time reporter who would begin and end their day in a neighborhood. Each bureau would be a storefront—visible to the community. The goal was to put our newsroom in a position to discover and report stories relevant to these communities. Many years removed from my role at WBEZ, it pleases me to know that two of the neighborhood bureaus—one in Grand Crossing/East Chatham, the other in Littlie Village—endure and continue to enhance WBEZ’s ability to serve the region.

Today, the need to report and tell stories grounded in community remains essential. Too often, stories told about community, particularly Black and Latinx neighborhoods, are developed to fit within broad existing narratives on issues such as violence, crime and poverty that lack nuanced perspectives residents can offer on complex issues. These incomplete narratives serve to create distance between communities and to obfuscate residents’ real needs and concerns.

Sadly, ongoing market disruptions have reduced the overall operating capacity of the local news and media ecosystem. This exacerbates the distance between residents, especially Black and Latinx, and the newsrooms seeking to serve them, and leads to chronic underreporting of critical issues that impact our region. Evidence of this underreporting has been laid bare by the COVID-19 pandemic coverage. It took “breaking” news of disproportionate cases in Black and Latinx communities to open space for coverage of long-standing racial and ethnic socioeconomic disparities. In a healthy, well-functioning democracy, such stark differences should be consistently exposed by the narrators of these communities and reported on by trained journalists. The truth, however, is they are often ignored until seeing them is unavoidable.

Since 2019, I have worked with my colleagues at The Chicago Community Trust to develop a strategic focus that will guide our work over the next decade. Our north star is to close the racial and ethnic wealth gap in our region because doing so benefits us all. One facet of our strategy is to create conditions whereby residents, especially in Black and Latinx communities that have experienced decades of disinvestment, are more active civic participants. We aim to do this by supporting infrastructure that connects residents to one another, so they are better able to generate and advance their own civic agenda. This strategy is called Building Collective Power. One essential aspect of it is a commitment to support local journalism and storytelling platforms authentic to and anchored within Chicago’s Black and Latinx communities.

My direct experience advocating for and learning from WBEZ’s implementation of neighborhood bureaus influenced the design of the Trust’s Building Collective Power strategy. It helped me recognize the importance of community-owned media and storytelling platforms. While many residents welcomed WBEZ’s desire to have a more presence in neighborhoods, they also affirmed their desire to have stable organizations dedicated to their own communities. Residents made clear that they trusted media that was for them, by them. They also made it clear that neighborhood publishers help hold communities together.

Simply put, although it is critically important that newsrooms deepen their connections to the communities they report on, such engagement does not replace the need for communities to control their own platforms and tell their own stories.

A simple belief anchors the Trust’s commitment to building the capacity of community-centered media. Hyperlocal platforms are more likely to reflect the communities they serve accurately. And eventually, larger regional media platforms such as the legacy newspaper and TV news brands—must, in turn, reflect these community truths. Moreover, it is this truth-telling that creates the conditions to ignite and sustain the social movement needed to drive such positive social change as addressing racial and ethnic inequities. The Trust’s audacious yet moral goal to close the racial and ethnic gap rests in part on our collective ability to access the truth about issues impacting all of our region’s residents.

My decade with WBEZ featured many conversations with Malatia about the purpose of public media. Years later, as I work with my Trust colleagues to fully lean into implementing our strategic plan, a quote Malatia shared, from philosopher Michael Sandel, keeps coming back to me: “Through the lens of community, communication in the form of narrative and stories and the purposes they embrace make a moral difference, not merely a psychological one.”

This moral difference is vital to the realization of the inherent civic power that exists within us all. And for communities that have their narratives co-opted or consistently portrayed inaccurately, civic power begins with reclaiming the power to document and tell their own stories.