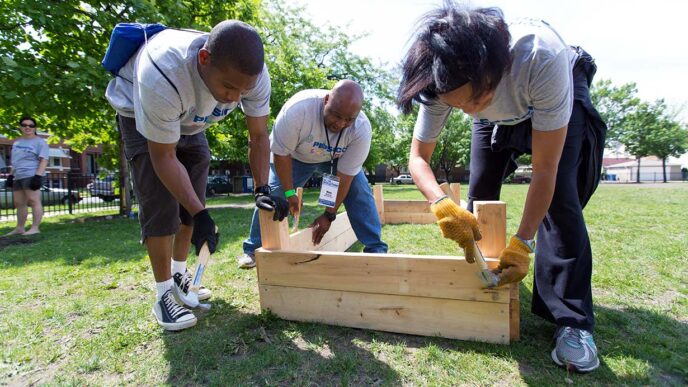 What Does Volunteering Mean? CHIRP Radio Asks Around

It has been said that those who can, do, but those who can do more, volunteer. That act of doing more, making more good in this world, is why many volunteer. To celebrate some of the people making a difference, The Chicago Community Trust has partnered with the Chicago Independent Radio Project (CHIRP). A volunteer-driven radio station on the north side of Chicago, CHIRP will produce a series showcasing the many aspects of volunteerism in the Chicago region that illustrate the ways Chicagoans choose to give something back and the impacts that they make on others.

[pullquote]What is volunteering? Listen in as @CHIRPRadio asks Chicagoans, kicking off 10-part radio series on stories of giving[/pullquote]

Bringing these inspirational stories to air is Christopher Johnson. Over the next several months, Christopher will be exploring Chicagoland, talking to volunteers about what inspires them to lend their time and skills, totally for free, to help others. An independent radio journalist who began his career with National Public Radio, Christopher is a native of the DC area, who just moved to Chicago after spending a year and half in Southeast Asia.

To kick off this new series, Christopher hit the streets of Chicago and asked locals what volunteering means to them and how they give back. He spoke to a man playing his drums on the corner, a programmer who creates civic apps to help people engage with the city and a volunteer at Rush University Medical Center. Christopher also interviewed Jenne Myers of Chicago Cares, an organization that keeps the volunteer mill turning with its community service projects, including the upcoming annual Serve-a-thon on June 27.