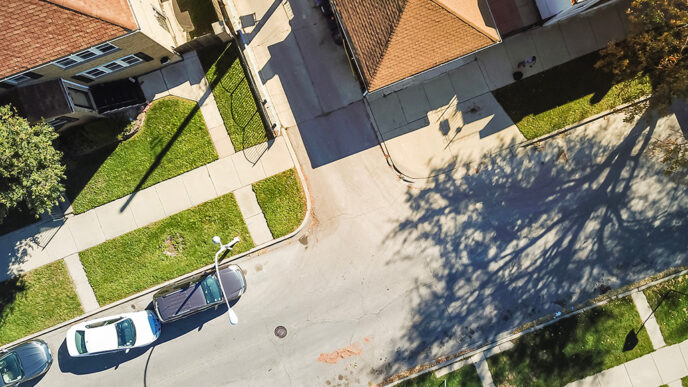 For some people a parking ticket is an unexpected expense, an annoyance to resolve. But for low-income families struggling to make ends meet, a vehicle fine can be a devastating blow to their security.

Pay the ticket, and be unable to afford an essential expense such as rent.

Don’t pay, and risk having your vehicle booted, towed and impounded; your driver’s license suspended; your job at risk—a spiral of debt that keeps families and communities in jeopardy.

This downward momentum is documented in Woodstock Institute’s 2018 report The Debt Spiral: How Chicago’s Vehicle Ticketing Practices Unfairly Burden Low-Income and Minority Communities, which concluded that “Ticket issuance in Chicago is a broken system that amounts to a regressive revenue generation strategy. It burdens the City’s most vulnerable residents and traps many in an inescapable cycle of debt.”

In response to these residents’ urgent concerns, the Chicago Fines, Fees & Access Collaborative has released a set of 14 recommendations to reform and rebuild the City’s collection practices. Their report Advancing Equity: First Steps Towards Fines & Fees Reform in Chicago presents four categories of reforms designed to help residents achieve and maintain compliance and interrupt the continuing accumulation of debt:

The Collaborative built on the work of community groups like Woodstock Institute, Heartland Alliance, the Chicago Jobs Council and POWER-PAC Illinois / Community Organizing and Family Issues (COFI), whose 2018 report Stopping the Debt Spiral surveyed more than 300 Chicagoans about their relationship to debt.

In May, the Trust awarded a $25,000 grant to COFI to support their role in enabling low-income parent leaders of color, whose communities are most burdened by current policies, to effectively participate in the Collaborative. As we continue to fund strategies for closing Chicago’s racial wealth gap, we look forward to continuing our support for this work.

“Ticket issuance in Chicago is a broken system that amounts to a regressive revenue generation strategy. It burdens the City’s most vulnerable residents and traps many in an inescapable cycle of debt.”

Over the course of six months, the Collaborative hosted roundtables across the city to hear the lived experience of residents directly impacted by the City’s fines, fees and collection practices. The Collaborative also met on a monthly basis to explore practices and policies like booting, towing, impoundment and driver’s license suspension.

Advancing Equity was co-authored by Tonantzin Carmona, former chief of policy in the Office of the City Clerk, who designed and managed the Collaborative. Carmona has since joined the staff of the executive office at The Chicago Community Trust.

In launching this effort at fee reform, Chicago joins cities like Phoenix and San Francisco, whose Financial Justice Project has succeeded in lowering the cost of tow and boot fees for low-income individuals, and creating new payment plans while balancing revenue.

“As policymakers, it is important to be reflective on past practices,” writes City Clerk Anna Valencia in the report. “The financial circumstances of both our City and its residents change over time, and we as government should change along with them.”