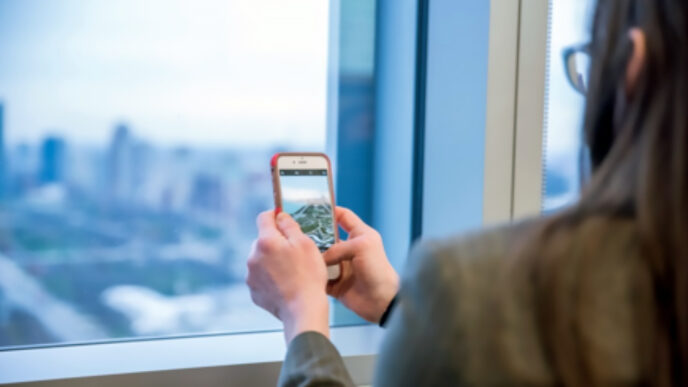 Through Collaboration and Community, a New Model of Leadership

Reflecting the recent passing of the 26th anniversary of the ADA I had those words in mind: “Let the shameful walls of exclusion finally come tumbling down!” I was struck both by the passing of a quarter century, and the passing of one year since becoming a part of ADA 25 Advancing Leadership.

Prior to my involvement in ADA 25 Advancing Leadership I used to believe that the term “leader” was equivalent to “boss.” After participating in ADA 25, I’ve learned that it’s not about being a boss.

Instead, leadership is about a new possibility for collaboration between passionate individuals. A group of peers working together harnesses strength to overcome barriers and singular opinions to achieve more than one individual’s view: to become greater together.

As I reflect on how my personal leadership has changed as a result of my participation in the Leadership Institute, I’ve realized that it’s not a then-and-now or before-and-after that reflects my leadership style. Based on my experience, I’ve realized that leadership is a constantly evolving experience. It changes based on environment, people, topics, situations, needs. But I believe that this adaptability and recognition for the need of adaptability makes me a more compassionate and effective leader.

For example, there was a dog park that was near my apartment where I would exercise my service dog. Due to construction in the area the park was suddenly closed off, as well as sections of sidewalks and crosswalks that I relied on. In response to this unexpected change, I felt compelled to attend a town hall meeting about the issues.

Prior to participating in the Leadership Institute, I would’ve felt too intimidated and overwhelmed to attend. I would have felt isolated knowing that I would likely be the only person with a disability and concerned that others at the meeting wouldn’t understand.

I used to believe that the term “leader” was equivalent to “boss.” I’ve learned that it’s not about being a boss—leadership is about a new possibility for collaboration. A group of peers working together harnesses strength to overcome barriers, to achieve more than one individual’s view.

Thanks to the training that I received, the coaching I’ve gained from my peers and the experiences that I’ve had, I was able to calmly and confidently share my concerns and advocate for alternatives to be provided. I was able to educate an entire community about the challenges that I was facing and express it in a way that they could appreciate my concerns and we could work together to resolve the problems.

It is difficult to articulate how empowering my new community has been in my leadership development and life. We appreciate the struggles that we go through individually and collectively. We are more powerful when we come together to address these issues. We have diversity through ethnicity, gender, race, religion, age, sexual orientation and finally disability. We are united through universal challenges and the desire to work together to make things better for us and future generations.

This program brought together 16 passionate, diverse, committed and dedicated individuals to address issues in our community by educating, empowering and entrusting us to carry the legacy to lead on.

The Leadership Institute is a leadership development retreat for emerging leaders with disabilities in the Chicago region. Through an intensive multiple-day convening, it is an immersive, transformative experience for the participants. This institute is one of three facets of a broader, innovative program which also includes a Members Network, where members attend and co-plan quarterly educational and networking events; and a Civic Connections project which works to leverage networks to connect members to civic opportunities in the Chicago region.

Applications for the next Leadership Institute retreat for emerging leaders with disabilities are now open; the deadline is August 31. For details, application and nomination forms, please visit www.ada25chicago.org.