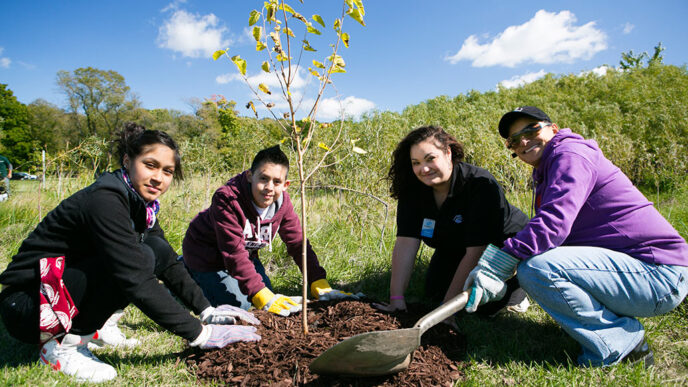 Numbers aside, it’s heartening to see strong growth in charitable giving across the nation. From the Trust’s Giving in Chicago study released this spring, we know that Chicagoans are more likely to give to charity on average than people elsewhere in the United States—and that includes more than just dollars. It’s planting trees, mentoring kids, donating to a local food pantry… the list is endless. Every day, we see that the time and talent Chicago-area residents share to help our neighbors and strengthen our communities really do matter.

How do you give? Please share your story of philanthropy here at cct.org, by sending an email to trust100@cct.org or on social media using the hashtag #Trust100.

More good news from around the Web: