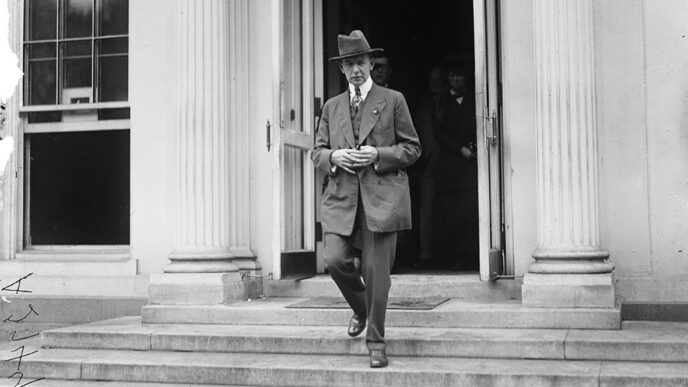 The U.S. Vice President with a Nobel Prize—and a #1 Hit Single

Charles Gates Dawes was a Chicago banker and politician who rose to the highest levels of society. General Dawes, as he was commonly known, had served Gen. John Pershing during Word War I. His plan for relief after that war, the Dawes Plan, earned him the Nobel Peach Prize in 1925, the year after he was elected Vice President of the United States under Calvin Coolidge.

While on break from Princeton University in 1912, Rufus Fearing Dawes, the General’s teenage son, drowned in Lake Geneva, Wisconsin. Inspired by his son’s charity, Dawes wrote, “He has taken me, asking me to help them among the poor and lowly of earth.”

As a memorial, Gen. and Mrs. Dawes established a network of homes for single, indigent men. The Rufus Dawes Home of Chicago opened in 1914 and was soon followed by other residences for the down-and-out in Chicago and Boston.

In addition to his work providing housing assistance, Dawes organized the Central Trust Company of Illinois, where he served as president until 1921. After serving as Vice President under President Coolidge and later as Ambassador to Great Britain, he returned to Chicago in the mid 1930s where he remained until his death in 1951.

Alongside such a notable political career, Dawes was a self-taught pianist and composer. His composition “Melody in A Major” in 1912 became a well-known piano and violin song, and was transformed into the pop song “It’s All in the Game” in 1951 when Carl Sigman added lyrics. It is the only No. 1 pop single to have been co-written by a U.S. Vice President or winner of the Nobel Peace Prize.

In 1939 Dawes gave the Rufus Dawes Home of Chicago to The Chicago Community Trust.