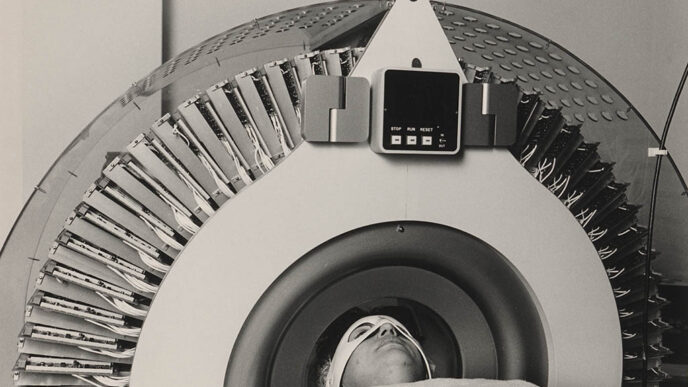 The Trust Shifts its Focus to Healthcare

Dr. Lowell T. Coggeshall helped the Trust shift its focus to healthcare during the 1960s. Dr. Coggeshall served for three decades as the Trust’s medical advisor. He served as chairman of the Department of Medicine at the University of Chicago from 1946 to 1969. Dr. Coggeshall was the only person other than the president of the university to ever serve that institution as a teacher, officer and a trustee simultaneously.

A talented scientist, Dr. Coggeshall became an expert in tropical diseases through experiences he gained in the 1920s and 1930s working with the Rockefeller Foundation. As a captain in the Navy medical corps during World War II, he earned the Gorgas Medal of the Association of Military Surgeons for his work in the prevention and treatment of tropical diseases among American servicemen. His life also included extensive service to the federal government, including close involvement with the Department of Health Education and Welfare as well as the National Institutes of Health.

In the 1960s, the Trust’s focus shifted to medicine and healthcare. By 1961 the predominance of designated or earmarked funds gave way to a growing emphasis on unrestricted funds and a more professionalized system of grantmaking that concentrated on the immediate needs of the community. Designated funds, in contrast to unrestricted funds, were stipulated in perpetuity through an individual’s will.

By 1965, the influx of grant applications for medical researchers, universities and hospitals had grown to such a flood that the Trust needed advice from a qualified authority. Given his vast experience, Dr. Coggeshall was asked by the Trust to advise on philanthropic matters relating to medical practice and research, particularly on issues relating to the Searle trusts.

John G. Searle had created a philanthropic trust in 1964 whose primary focus was medical research. He requested that during his lifetime no mention be made of the size of the monies involved. It was only after Searle’s death in 1978 that the immense scale of his philanthropy became apparent.

Community trusts are one of the most effective ways to spend health money.

Dr. Coggeshall was concerned about what he saw as too much direct federal involvement in healthcare, believing that the money was better spent on research: “Community trusts — and I’m very strong in my feelings — are one of the most effective ways to spend health money. The private agencies that supply funds for research and medical care are vital to our nation’s well-being and provide a necessary balance to the tax dollar.”

Over the years, the Trust under Dr. Coggeshall’s advising increasingly became involved in healthcare. The Trust’s involvement peaked in the 1980s with the funding of such major and significant research projects as the positron-emission (PET) scanner at the University of Chicago and the establishment of the Searle Scholars program.