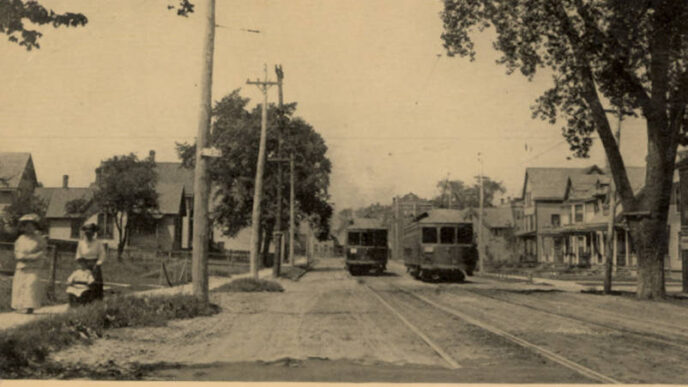 The Trust Receives a Saloon

Before he became its first executive director, Frank Loomis gave the Trust a unique gift: a saloon.

Trust chair Clifford Barnes first met Loomis while the latter was acting as Secretary of the War Recreation Board during World War I. Loomis offered to give the Trust a dilapidated saloon in Waukegan, known as the Jolly Tars Club.

As the secretary of the Chicago area chapter of the National War Camp Community Service, Loomis and had raised $250,000 (over $5 million in 2015 dollars) to benefit Chicago area troops training for service in World War I. NWCCS assets eventually became part of the War Recreation Board Fund, which also held the Jolly Tars Club.

[pullquote]The Trust once owned a dilapidated saloon in Waukegan near the Great Lakes Naval Training Station.[/pullquote]

The club was located on Marion Street and maintained for the benefit of the sailors at the nearby Great Lakes Naval Training Station. In 1918 Waukegan entertained an average of almost 27,000 sailors a week. Beyond the saloon itself, the Jolly Tars Club furnished rest rooms, pool tables, conveniences for pressing and mending clothes, and reading and writing rooms.

The Executive Committee turned down the offer at first, but eventually changed its mind once Loomis persuaded them of the value of unusual assets to the Trust.

Eventually the club was sold, and with the Trust’s guidance the proceeds were returned to philanthropic purposes.