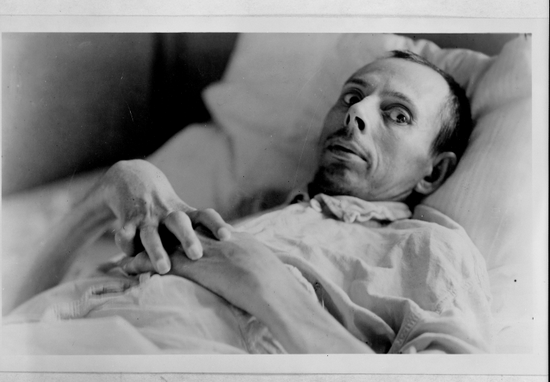 The Trust Cares for the Forgotten Veteran

In 1923 the Trust published its fourth social survey, Survey of the Care of Disabled Ex-Service Men in Chicago, Study of the Adequacy of Social Care and of Unmet Social Service Needs. Following the end of World War I, large numbers of veterans were not receiving proper medical attention for both medical and mental disabilities.

Chicago veterans numbering well into the thousands faced an acute shortage of proper care, especially those suffering from what was commonly known as “neuro-psychiatric disorders.”

The survey uncovered an essential problem: Men judged ineligible for benefits were left to fend for themselves, despite being unable to work or even live comfortably. The survey concluded:

…such men need the expert advice that the community has to offer and not merely money relief, and that this can only be given through the network of social resources of Chicago.

…Although the men ask for food, clothes, or rent they really need legal, clinical or hospital care.

The Trust’s survey was striking in its attention to mental disorders, or what we commonly refer to today as post-traumatic stress disorder (PTSD). The psychic wounds suffered by combat veterans had been commented on as early as the Civil War with a condition known as “soldier’s heart.” Following World War I, similar post-combat disorders were called “shell-shock,” but still lacked adequate treatment and support. With little public awareness of PTSD and its proper care, the survey served as an important conduit for furthering public conversation on mental health, and, as would be demonstrated repeatedly in the decades to follow, the Trust served as a leading advocate for those suffering mental health disorders.

Upon publication, the survey touched a sympathetic chord with the public, and the Chicago Tribune editorialized about “the nation’s shame.”