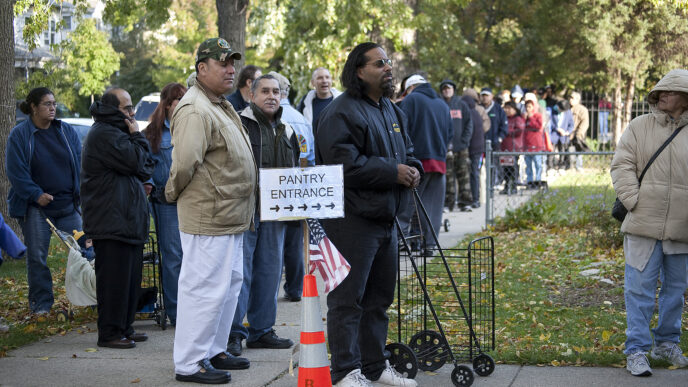 If it’s spring, Illinois must be in yet another budget crisis, and so we are. But this year with a difference: with a new Republican administration following 12 years of Democratic control of Springfield, it appears there will be a landmark financial reckoning.

How did we get here? Observers have known for 20 years that State expenditures and revenues were diverging in an unsustainable way. Many of us assumed that new revenue sources would be developed, or spending curtailed, so that this day would never come. But because of the structure of spending and revenue, meaningful course correction has not occurred.

In national comparison, Illinois is a high property tax/low income and sales tax state. Our income tax rate is low in national comparison and, because it is not graduated, it does not capture revenue from the wealthiest residents as well as it might. Other states have begun taxing sales of services – legal, accounting, various personal services – but Illinois has not, depriving state government of revenue that other states capture.

As a result, to pay for vital governmental functions such as education, Illinois relies more heavily on local property taxes, yielding Illinois’s rank near the bottom nationally in the percentage of its public education system funded by the State. The end result is failure to capture sufficient amounts of the state’s economic growth for state governmental purposes.

Illinois’ state governmental operational expenses are not out of line with other states. In fact, Illinois has among the fewest state employees per capita in the nation. Illinois is disproportionately dependent on state-run institutions to house persons with disabilities, mental illness, aging adults and criminal offenders: a strategy that is more costly than community-based strategies more common in other states. However, the bigger cost driver is the underfunded Illinois retirement system for public employees. Recent administrations have delayed the reckoning with borrowing, both from sources within state government and from private markets, by adopting the 3-year income tax increase now expired, and by lengthening the payment time for vendors.

The expiration of the temporary income tax increase, and the unwillingness of either the governor or legislative leadership to support making it permanent, will likely force a major change of course. The new administration is proving more willing than the last to reduce future pension costs and to reduce spending across virtually every state department.

Despite significant cuts that the legislature will almost surely be forced to make, Illinois will continue to provide higher education, public transportation, municipal services, Medicaid, subsidized child care and other essential services. But there will be less of each. Those most hurt will be people on the margins who depend on Medicaid for more specialized health care, are disabled and poor, or mentally ill and poor, but not quite struggling enough to meet higher eligibility criteria, or students who could just barely afford to go to a state university but would now have to pay more.

Speaking broadly, the way out is cost control through the State’s new Budgeting for Results process where administration and legislature can work to ensure state revenues fulfill public purposes most efficiently, and reforming the state’s tax mix so as to better capture revenue made available by economic growth.