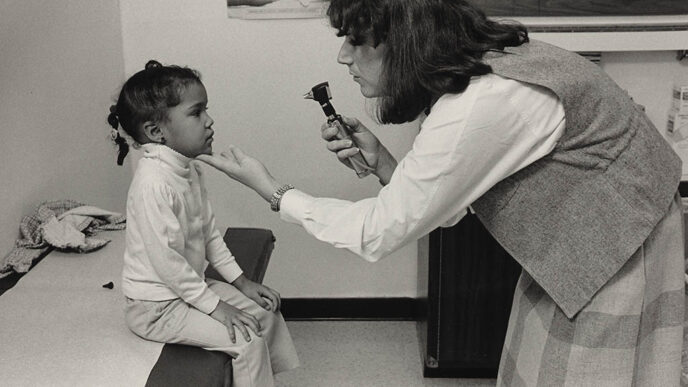 The Searles Are Making a Better Future

John G. Searle felt that personal success created an obligation to help others.

Inherited from his father, Gideon Daniel Searle, while it was still a small company, G.D. Searle & Co., now part of Pfizer, became a global leader in pharmaceuticals under the leadership of John G. (Jack) Searle, marketing the world’s first oral contraceptive, Enovid.

“Jack Searle was very interested in the concept of the Trust,” said Loren Juhl, an attorney and partner of Edwin Austin. “It made good sense to him that The Chicago Community Trust was able to exercise expert judgment on meeting the changing needs of Chicago’s charitable institutions through its first-hand knowledge.”

The three funds that Searle turned over to the Trust are:

The Searle Fund, formerly the Searle Foundation, established by John Searle’s mother (Marion), to which Searle and the family have added over the years. With the Tax Reform Act of 1969 the Foundation’s trustees, under the advice of John Searle, terminated the Foundation and turned over all of its assets to The Chicago Community Trust.

The John G. Searle Fund, established under Mr. Searle’s will, which left his estate to a 60-year charitable lead trust.

Searle believed in the power of science to improve lives: “We should approach our work in a true scientific manner, assume that nothing is perfect and that everything can be improved. In this way, we should always do a better job and, therefore, make a better future with more opportunity and greater security.”

From 2006-2011, The Searle Funds at the Trust made the first of a series of grants totaling $25 million to the Chicago Biomedical Consortium (CBC), a collaboration of Northwestern University, the University of Chicago and the University of Illinois at Chicago. The grants were designed to enable the Chicago region to become a leader in biomedical research.

Today, the Searle Funds at the Trust continue to express Searle’s philanthropic mission in a variety of areas: medicine, chemistry and biological science; scientific and educational activities in the field of health; economic development; the environment; and education.