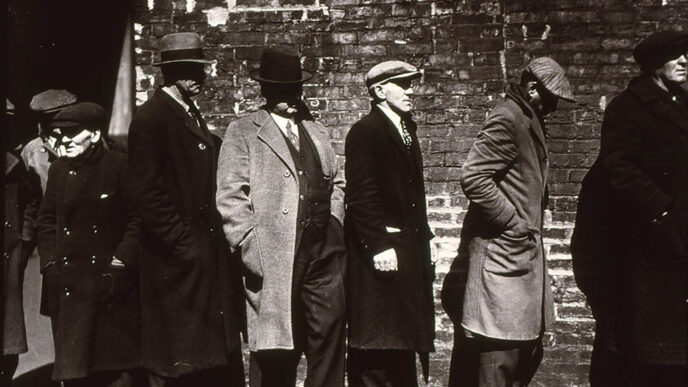 Relief was the goal of early 20th century philanthropy. An annual report at the time described the Trust’s involvement as “community-wide humanitarian work” for residents “who are not affected by the prevailing industrial prosperity.”

Helping those who were most disadvantaged by private industry’s great accumulation of wealth during the Gilded Age was among the earliest missions of the Trust, a key player in Chicago’s Progressive reform movement.

Loomis brought organization, administration and clarity of purpose to the Trust, an organization he served with total devotion until his death over a half-century later. Loomis “spearheaded the national community foundation movement, which has spread this philanthropic vehicle to cities around the country,” according to the Encyclopedia of Chicago.

Frank Loomis brought organization, administration and clarity of purpose to the Trust.

Loomis’s nearly 30 years of leadership at the Trust largely coincided with the chairmanship of Clifford Barnes. The two men first met when Loomis, then acting as Secretary of the War Recreation Board, offered to give the Trust a dilapidated saloon in Waukegan called the Jolly Tars Club. The Executive Committee turned down the offer at first, but eventually changed its mind once Loomis persuaded them of the value of unusual assets to the Trust.

Loomis first came to the Trust in 1919 as a consultant to conduct its first social survey. World War I had fueled xenophobic reactions in the United States, and ethnic antagonisms were on the rise. “Americanization” was the catch-all phrase used to describe efforts to assimilate immigrants into the American way of life, narrowly defined by the standards of the time as white Protestant mainstream culture. Although the tone of the survey is quite divergent from current thought, it was significant in being the first of several such surveys from the Trust.

Faced with the grim realities of the Great Depression, Loomis was forced to rethink the role of the Trust and of private philanthropy. To differentiate the Trust from other foundations, he arrived at the following new policies:

These policies were considered radical in 1934 before federal guidelines for foundations had been established. Loomis was a man of tremendous insight in the field philanthropy: rules that dictated the amount of income that must be spent by foundations did not appear until congressional hearings in the 1950s.

In 1989 Henry Smith, then the archivist for the United Way of America, described in a Trust interview Loomis’s quiet and effective patience:

He fit into his job like a hand into a glove. He was a very gracious man but professional, much respected by his peers for his knowledge and dedication.