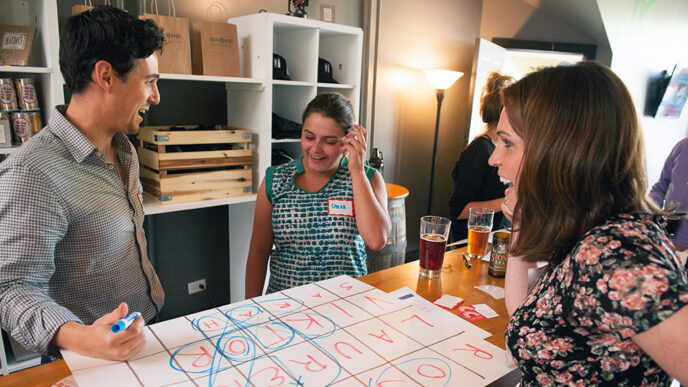 The Power of a Good Conversation: On the Table 2015

What is the value of a good conversation? Should it help people make connections, find common ground, or even just allow people to share stories? Sometimes the best conversations move and inspire us to take action.

On May 12, 2015, thousands of great conversations happened right here in the Chicago region as part of The Chicago Community Trust’s On the Table initiative. At the Institute for Policy and Civic Engagement (IPCE) at the University of Illinois at Chicago, we recently completed a report with the results of a follow-up survey of participants of the On the Table initiative.

On the Table was a call by the Trust for residents of the region to come together in conversations that sought to broaden and deepen what philanthropy means in the Chicago region. The Trust estimates that there were 2,000 conversations with 25,000 participants across the region, coming together to discuss what it means to be giving of time, treasure and talent to the causes that matter the most and address social problems. The hope was that participants would be inspired by the sharing of stories and make commitments and plans for collaborative action.

A detailed summary and the full report are available at onthetablereport.com. Here are a few highlights:

These results indicate, although not a scientifically representative sample, that at least one subset of On the Table participants (2,386) are highly engaged and poised to take action. However, there is a discrepancy between how much respondents mentioned some topics as a problem (and in their conversations as well) and how often they viewed that same topic as an opportunity for action.

Transportation, the judicial system and public safety, and economic issues and poverty are the issues where this type of difference was most apparent. Ironically, these are also some of the most persistent urban challenges faced by the region.

How can we help create more opportunities for engagement that better match the problems that residents in the region feel strongly about with their very strong interest in taking collaborative action to address social problems?

“Never doubt that a small group of committed people can change the world. Indeed, it is the only thing that ever has.” -Margaret Mead (source disputed)

The On the Table 2015 survey results represent a significant opportunity for action. We expect these results will inspire the Trust, its partners and other civic institutions and leaders into an ongoing conversation about the report and its findings and how to further engage residents in the region in addressing its challenges.