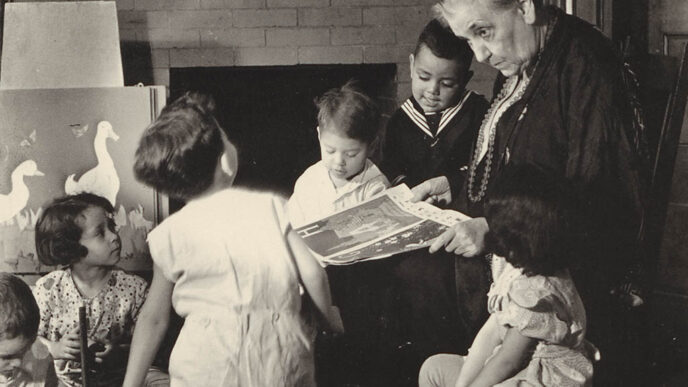 The Heart and Soul of the Early Trust: Clifford Barnes

With the zeal of an enthusiastic leader, Clifford Barnes brought vision and business acumen to the early decades of the Trust. A religious man of small-town origins, Barnes combined his distinctive community values with honest service to build an enterprise that helps others on a large urban scale.

In the late 19th century, Chicago was an epicenter for modern social work, and the University of Chicago was a leader in the settlement house movement, a new neighborhood-based mode of social reform. In 1889 Jane Addams established Hull House and two years later Rev. Graham Taylor founded Chicago Commons.

Barnes began his higher education at the University of California, Berkeley, with the intention of enrolling in the Yale Theological Seminary because of his participation in the ministry and mission work. Later, while a student at the University of Chicago, Barnes actively participated in the new social reform movement from its beginning: “One day I told Miss Addams that I had decided to give up the writing of my M.A. thesis, there was so much work that I wanted to do at Hull House, and it was so much more important than taking a Master’s degree.”

By assuring Barnes he could come and live at Hull House when he was finished, Addams successfully persuaded him tocomplete his degree. In 1893 Clifford Barnes received one of the university’s first Masters Degrees, one of only three granted that year.

After a few years as an academic administrator, Barnes also dropped formal allusions to his status as a minister and entered the world of business. His vision was that social reform projects needed sufficient money behind them to succeed.

[pullquote]Clifford Barnes brought vision and business acumen to the early decades of the Trust.[/pullquote]

He viewed the commercial success of America as a sure sign of God’s favor, and he began to live according to the Protestant ethic of the times: a life of hard work leading to generous but discreet rewards, culminating in public charity. Like Barnes, many of the period’s wealthy felt genuinely blessed to have the capacity to help.

In 1908 he and a group of business leaders launched the Chicago Sunday Evening Club—an early attempt to join business with moral elevation, mixing friendly homily with capitalism and philanthropy. At one of the club’s luncheons Barnes was likely to have first met Norman Wait Harris, one of the Trust’s founders. Harris appointed Barnes to chair the first Executive Committee at the Trust in 1915, and Barnes remained chairman of the Trust until his death in 1944. Their relationship would grow strong over the years, much to the benefit of the organization and larger Chicago.

Barnes set the earliest standard for all those who have followed his footsteps in the Trust’s Executive Committee—selfless service that shows undisputed integrity, free of scandal.