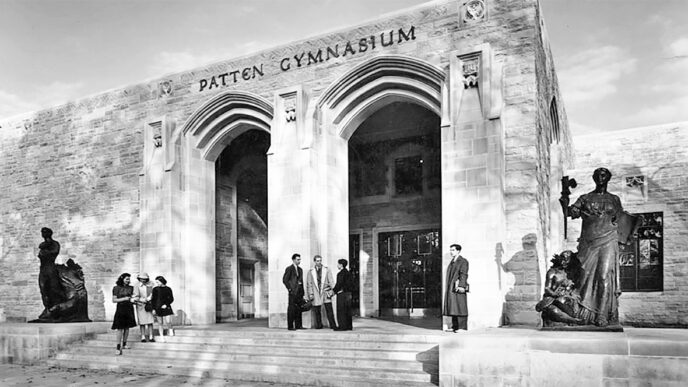 In 1924 James A. Patten gave assets to the Trust that survive to this day. Known as the “Wheat King,” Patten amassed a fortune on the commodities market and gave the Trust two significant gifts by bequest.

The first was shares of stock, the income of which he designated to a variety of Evanston and other suburban charities.

The second gift was the parcel of land at the northwest corner of Michigan Avenue and Monroe Street on which stands the University Club, for whom the Trust continues to act as landlord of its 170-year lease to this day.

Frank Loomis secured the gift for the Trust through diligent and patient effort. Patten and his brother inquired as to whether the Trust could handle funds earmarked for the two brothers’ graves, and Loomis assured them that it could through direct gifts to the cemetery. The fulfillment of this request, as well as the Trust’s ability to convert unusual assets like a parcel of land into a philanthropic legacy, was what convinced Patten to commit to the Trust.

The effect of Patten’s generous gift was immediately felt throughout the nation—particularly for those philanthropists with an eye to the permanence of their gifts. The community foundation movement was entering a new and more prosperous phase, but there was still work to be done in the matter of the Trust’ fiduciary responsibilities.

Though Patten lived in Evanston—serving as its mayor from 1901 to 1905—he made his fortune in Chicago and chose to benefit the entire region where he blazed the trail to his prosperity. In 1924 he and his wife established the James A. and Amanda Louisa Patten Fund at the Trust.