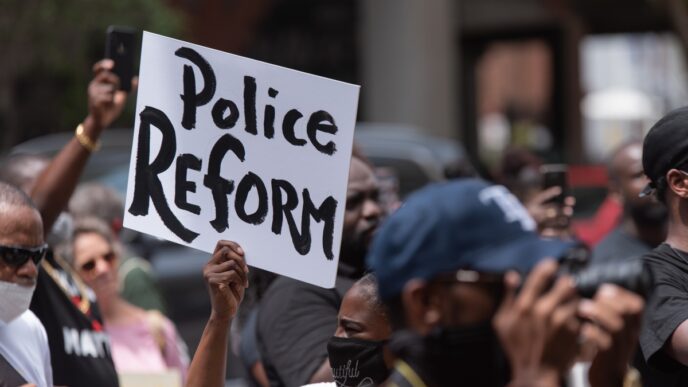 The Complex Challenge of Police Reform: Three Takeaways from our Policing Series

In late 2020, The Chicago Community Trust and Illinois Justice Project co-hosted, The Past, Present, and Future of Policing in Chicago, a four-part series that explored the history of policing in Chicago, the culture of policing, enforcing Chicago’s Consent Decree, and community-driven solutions. Our goal was to sustain interest and momentum generated by calls for police reform in the aftermath of George Floyd, Breonna Taylor, Laquan McDonald, Rekia Boyd, and other high-profile deaths from police brutality. We convened the expertise of community leaders, researchers, advocates, and policymakers to identify tangible solutions to end harmful policing practices.

In January, under the leadership of the Black Caucus, the Illinois General Assembly passed historic police reforms during a lame-duck session, including measures that aim to increase transparency by requiring police officers to wear body cameras and develop an officer certification process meant to strengthen professionalism and accountability. In the wake of these legislative victories, and as they await the governor’s signature, we are looking back at the three things we learned from The Past, Present and Future of Policing in Chicago.

Policing was built on an inequitable system that hinders transparency and accountability, making reform a complex challenge.

We kicked off the series by examining how racism became embedded in Chicago law enforcement, leading to the issues we see today. According to Illinois Attorney General Kwame Raoul, the 1919 Race Riots were a catalytic moment for codifying racial discrimination in policing practices. Today, these practices include use of force and racial profiling, and impact how police officers interact with communities of color.

The panelists frequently cited finding policy solutions that uphold accountability and transparency as critical to addressing police reform. However, as noted by Illinois State Senator Elgie Sims, Illinois laws have historically prevented police officers from being held accountable for their actions, making it harder to root out bad actors in law enforcement and enact consequences.

Police reform requires addressing the needs of communities and bringing their voices to the forefront.

Throughout these conversations, a consensus emerged that police reform also requires addressing correlating safety and community vitality issues for communities dealing with high rates of violence, mistrust of law enforcement and a lack of resources. This means increasing access to education, health care (including mental health), stable housing and employment, as well as attracting economic investments to historically disinvested communities.

Many panelists underscored that community voice needs to be part of the decision-making process to achieve meaningful police reform. According to Mecole Jordan-McBride, senior program manager at the Policing Project, policymakers and police departments need to partner with residents to build trust and define what it means for law enforcement to be accountable to community.

The role of philanthropy is not just to fund solutions, but also to use our platforms to call for change.

The role of philanthropy was a consistent topic throughout these conversations. Activist William Calloway put it succinctly, “The philanthropy community wants to help, but money isn’t always the answer. Sometimes you have to use your voice.”

Systemic change requires not just innovative ideas, but those with influence, including in the philanthropic sector, to speak out against detrimental practices and use their platforms to call for reform. This is why policy and advocacy are critical to the work of the Trust – we can use our platform to advocate for policies that allow all communities to thrive.

As we look ahead, the recent legislative victories in the Illinois General Assembly are cause for celebration, but the work does not end with their passage. The Trust, in partnership with Illinois Justice Project and others, will work to ensure that these bills result in tangible changes in policing practices, and advocate for just and equitable policies that enhance community safety. We know this also means addressing the racial economic inequities that are at the root of violence in our communities. 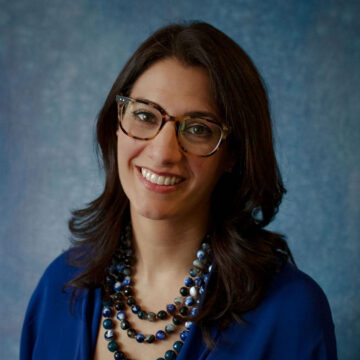