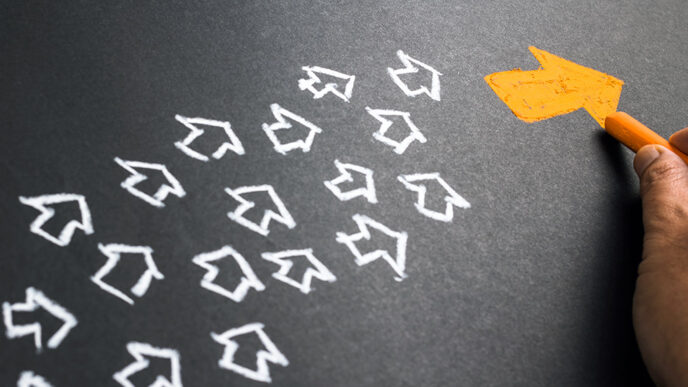 The Charitable Trends We’re Watching in a Complex Giving Climate

The Annual Report on Philanthropy released each June by Giving USA shares data on charitable giving in the U.S. The main takeaway from this year’s report is that when adjusted for inflation, overall philanthropic giving decreased 1.7% and the number of Americans that gave continued on a downward trend in 2018.

The report highlights what many of us working in philanthropy or at nonprofits are seeing: a complex environment for charitable giving. What we experienced in 2018 could simply be a course correction after a robust and historic 2017. Though national numbers did not continue to rise as those working in philanthropy hoped, we can celebrate that Americans continue to be charitable.

Individuals: Giving by individuals continues to be the largest source of contributions, though the number of Americans that gave last year dipped below 70% for the first time in the 40 years this report has tracked this number. It will still be a few years before we know whether the new the tax code played a role, but current research from the Fundraising Effectiveness Project predicts continued decline in individual giving in 2019.

Corporations: Thanks to a strong economic environment, corporations gave more last year, maintaining a 5% total share of overall giving. Foundation giving grew to an unprecedented 18% of overall giving, with a notable 10.2% increase in giving by community foundations from 2017 to 2018.

The Chicago Community Trust: Total giving by the Trust in 2018 was up more than 11% over 2017. We saw significant growth in grants made from donor advised funds, with almost 10,000 grants to American nonprofits totaling over $317 million: a 44% jump over 2017. Our donors are giving more frequently and in larger amounts, which indicates they have strong connections to the nonprofits they support.

Giving USA’s Annual Report on Philanthropy highlights what many of us working in philanthropy or at nonprofits are seeing: a complex environment for charitable giving. Infographic by Giving USA

There are several economic factors related to how much donors give to charities each year, including gross domestic product (GDP), the stock market, disposable personal income, and—most importantly—feeling financially secure. Giving as a percentage of the GDP, one of the most important factors in measuring the status of a nation’s economic health, reached 2.1% in 2018, up from 2% in 2017.

Despite the strong overall economic growth we saw last year, the volatile stock market and general economic uncertainty may have caused individuals—regardless of their actual financial security—to feel less secure and thus, less willing to give. This is evidenced by the fact that while disposable income increased in 2018 by 5%, individual giving as a percentage of disposable personal income dropped slightly in 2018.

Speaking to a recent luncheon for the 1915 Society, that group of generous donors who have included the Trust in their estate plans, our president and CEO Helene Gayle said: “Underneath it all is how we continue to make sure that we are the most philanthropic region in the country. We need to continue to grow philanthropy and to serve our donors, so that people continue to come to the Trust to fill their philanthropic desires—because we’re good stewards of their resources, and we can be good navigators to where they can put their resources to best use.”

As we look ahead, it is imperative that we work to further engage our current and future donors in order to keep the sector strong. Here’s what we’ll be watching and responding to as we move through 2019, with hopeful expectation of increased giving:

We believe in people’s generosity. We know donors are invaluable partners in strengthening our communities. Our hope is for continued recognition by all people of the difference they can make by giving to the nonprofit organizations in their communities.