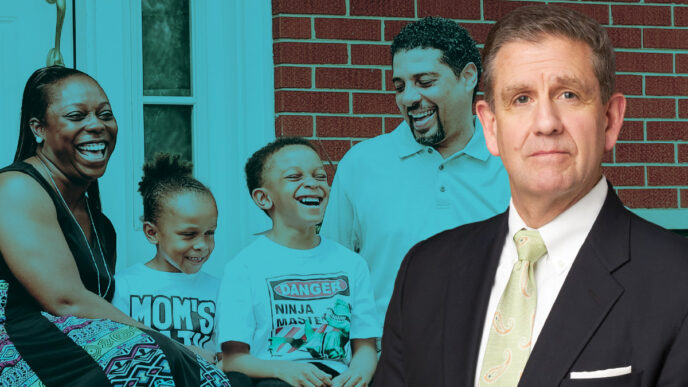 From redlining to predatory lending, laws and policies have played an instrumental role in preventing generations of Black and Latinx families from building as much wealth as white families. For our region to move forward, we need laws and policies that work for all of us.

Recognizing how critical systemic change is to closing the wealth gap, the Trust has increased support for advocacy efforts. We also are using our voice and platform where we believe we can make a difference. This new strategic focus represents an important step forward in how we approach our work.

The Trust’s Coalitions for Equity in Wealth Policy grant making initiative, launched in 2020, supports organizations working together to act for policy change that promotes wealth building, curbs practices that siphon wealth from people of color, and enables community-driven investment.

In 2021, a group of Trust grant recipients who participate in the Payday Lending Coalition helped deliver a major legislative victory for families across Illinois. The Predatory Loan Prevention Act caps the payday lending rate at 36 percent, a figure that is still high by conventional standards but a significant reduction from the previous average annual percentage rate (APR) of 297 percent. The new law will help make sure more money stays in the pockets of those who need it most and are at greatest risk of being targeted by predatory lenders.

The Payday Loan Cap: Why It Matters

When small business owner Kesha Warren ran into a cash flow issue, she was unable to secure a bank loan. She ended up taking out a $1,250 auto title loan with an APR of 197.64 percent, which meant she had to pay fees of $4,211.10—more than three times the amount of the loan. If Warren’s interest and fees had been capped at 36 percent, she would have only had to pay $570, a savings of more than $3,600. Warren could have used that money to pay more workers or to augment the income she brings home to her family, but instead it went to the lender.

“While I ended up paying back way more than I took out, I am okay now. But what about the people who get caught in that cycle?” says Warren.

“The task before us is complicated. When it comes to wealth equity, we have failed low- and moderate-income and Black and Brown communities in so many ways. No one organization has the answer. That’s why you need to create a good team that can tackle the work together.“