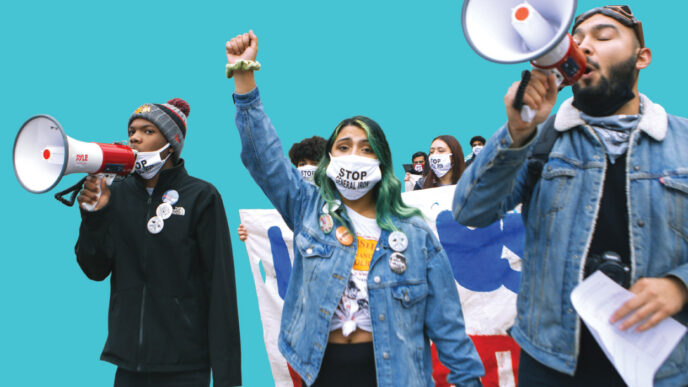 Photo Credit: Alliance of the Southeast

When people hold the power to shape their collective destiny, anything is possible.

This year, as part of the Trust’s strategy to close the racial and ethnic wealth gap, we introduced the Changemakers Network, a grant program that seeks to build a community of grassroots organizers who come together to collaborate, build collective power, and drive change on common issues.

One of our Changemakers is Alliance of the Southeast (ASE), an interfaith coalition of community organizers on Chicago’s largely industrial Southeast Side. ASE develops local residents into active community leaders who use their voices to influence the major issues, policies, and decisions that impact their day-to-day lives.

When Lincoln Park’s successful efforts to drive out a car-shredding operation led the company, General Iron, to seek a relocation to a space along the Calumet River, Southeast Side residents raised concerns about the impact of introducing more harmful pollutants into their community—where rates of asthma, cancer, diabetes, and hypertension are already high.

ASE and its partners mobilized a campaign to pressure the City of Chicago to deny a permit for the new facility. So far, their efforts have paid off. As of April 2021, the City has paused the permitting process until the conclusion of a federal investigation into potential civil rights violations. Although not a final decision, the delay is still a considerable win that buys organizers more time to make community voices heard and enables the City to further assess the impact the facility would have on the community.

In the meantime, with ASE’s help, residents are continuing to advocate for positive community development that supports their vision of a healthy, vibrant, thriving Southeast Side.

“The issues we work on aren’t unique to our community. Through the Changemakers Network, we can unite with people who are fighting for the same causes—and work together to change policies so that we don’t have to keep dealing with the effects of decisions that are made without our input.”
-Amalia Nietogomez, Executive Director, Alliance of the Southeast