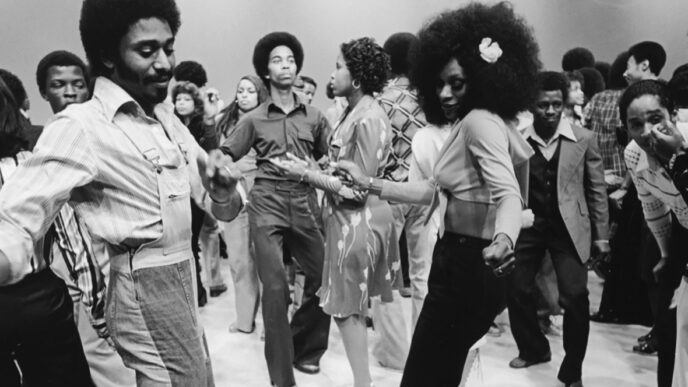 When he became the first African-American to sit on the Trust’s Executive Committee in 1976, George E. Johnson, Sr. was the most prominent black businessman in America.

Born in Richton, Mississippi in a three-room sharecropper’s shack, Johnson moved to Chicago with his mother when he was two. Johnson’s mother worked hard to support the family, and Johnson shined shoes throughout his elementary school years to add to the family income.

He eventually dropped out of high school to work full-time, securing a job as a chemist at black-owned cosmetics firm S.B. Fuller. Inspired to enter the business world as his own boss, Johnson borrowed start-up funds from a friend—starting down a path that would make his name famous worldwide.

In 1953 he and wife Joan founded Johnson Products, Inc. He set about to invent a new category of cosmetics unavailable at the time in the United States: products made specifically for African-American consumption.

Afro-Sheen, one of Johnson’s best-known brands, was released in the 1960s at a moment when the Afro had became a popular hairstyle. On the strength of Afro-Sheen and other bestsellers, Johnson Products became the first African American-owned company to be listed on the American Stock Exchange in 1971.

Johnson’s successful tenure as CEO also included founding Independence Bank of Chicago—which remained one of the largest black-owned businesses until 1995—and becoming the exclusive sponsor of the hit television show “Soul Train.”

He received honorary degrees from a half-dozen colleges, and was a trustee of Northwestern University, the Ravinia Festival and the Chicago Sunday Evening Club.

Johnson’s tenure on the Trust’s Executive Committee was brief. He resigned in 1979, citing the pressures of business, and was replaced by Brooks McCormick. The Committee would continue to become more diverse, with other African-American professionals following in Johnson’s trailblazing footsteps.