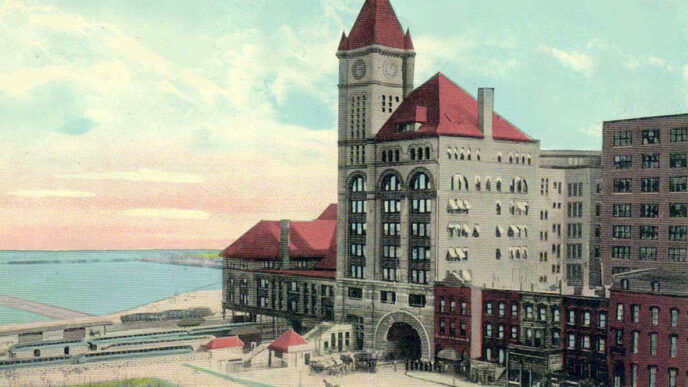 A self-made man born to Irish immigrants in New York, Charles H. Markham left school at 14. After a series of odd jobs, he started as a section hand on the Santa Fe Railway. By age 36 he was still working the railways, quietly settled as a station agent in a small Western town.

But soon, his rise through the ranks accelerated—and within four years, he would be vice president of a railway. After a brief spell as president of Gulf Oil Refinery in 1910, Markham returned to the rails, accepting the role of president of the Illinois Central Railroad in 1911 at the age of 49.

[pullquote]“A zest in small tasks” led from rags to riches for Charles Markham, railroad magnate+role model to all late bloomers[/pullquote]

“It seems to me,” Markham told
The American Magazine in a 1921 profile, “that the one thing in life that helped me most… was a kind of zest in small tasks. Every promotion I ever had can be traced back in some way to that. I handled some little job as though it were a big one.”

Markham was appointed to The Chicago Community Trust’s first Executive Committee in 1916 by Mayor William Hale Thompson, where he became the only Catholic member. Respected nationally for his work with the railroad, two towns are named in his honor: Markham, Texas and Markham, Illinois, just south of Chicago. The latter became a central shipping area for produce from the surrounding farm communities.