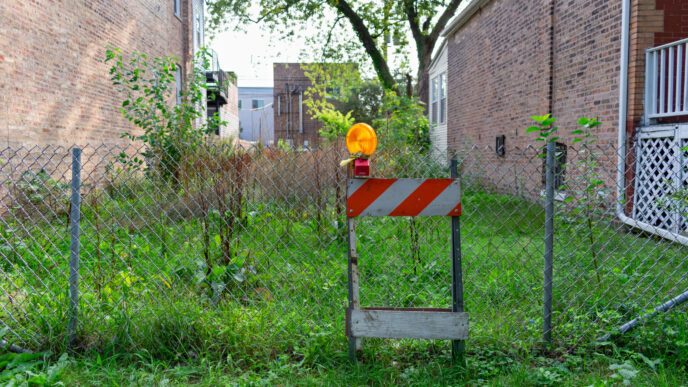 Following a comprehensive study of the Scavenger Sale, a national multi-jurisdiction analysis offers communities a roadmap for improvement.

Property taxes are the largest source of revenue for most local governments. They pay for city services, public pensions, classrooms, and much more. Yet every year, many tax bills go unpaid because property owners cannot afford them. An efficient and equitable system to collect overdue property taxes, therefore, is critical to the health of local governments.

But as a new analysis of 13 metro areas by the University of Chicago’s Center for Municipal Finance finds, tax- delinquency systems, while excellent at collecting back taxes, often fail at the second step: returning tax-delinquent properties to productive use. In Cook County, more than 30,000 tax-delinquent properties fail to sell to new owners via the County’s tax foreclosure system in any given year. The City of Chicago alone has a backlog of more than 9,000 such properties. Even in robust housing markets like Los Angeles, though, similar backlogs grow.

The root of the problem lies in the source of distress: community disinvestment in lower income communities and communities of color. The majority of delinquent Cook County properties are found in predominantly Black and Latinx communities on the South and West sides of Chicago and in the south suburbs. Attempting to sell foreclosed properties where decades of disinvestment have all but eliminated local demand and capacity is an extremely challenging endeavor. As a result, delinquent properties can become trapped in tax recovery systems for years or even decades.

While Black and Latinx homeowners and communities lose assets and wealth as a result of disinvestment and the current system, the entire region suffers from the higher costs to provide added public services and ameliorate homelessness, crime, and vacancy. At the most extreme, residents may need or opt to relocate, taking their tax dollars with them, and ultimately shifting the added tax burden onto remaining residents.

The balancing act, therefore, is for governments to efficiently and equitably collect tax revenue while also ensuring property maintenance and engaging in community stabilization and economic development.

The review of the 13 jurisdictions’ approaches to property tax delinquency reveals several shared practices that could lead to improvements in Cook County.

Currently, Cook County relies on a two-step process for handling delinquent properties through the sale of tax liens to private investors. In the first step, investors buy delinquent taxes and work with the owner to settle their debts with minimal oversight.

If the owner cannot repay, the private investor may take possession of the property or simply allow the property to sit. If delinquent properties fail to sell after three years, they are listed for sale at the bi-annual Scavenger Sale and often sold for pennies on the dollar (the average property in 2019 sold for $28,000). As the Center’s prior report found, the Scavenger Sale has returned only 7 percent of properties to the market between 2007 and 2019, with the bulk of properties sold at this secondary sale going to larger institutional buyers, many of them outside investors.

While these improvements are important, prevention is the best medicine. Therefore, longer-term strategies are also needed to remedy the source of the problem. Pilot programs and other experiments across the country offer additional options as well.

Technical reforms to the current system still only address the after-effects of disinvestment and broader economic disparities. Philadelphia, Indianapolis, Los Angeles, Phoenix, Detroit, and Columbus all use various examples of the above best practices and yet continue to experience persistently delinquent and distressed properties. Longer-term approaches are also needed.

Governments should consider the following:

The Chicago Community Trust believes any reform must invest the necessary resources to overcome decades of disinvestment in Black and Latinx communities. Very often, the communities most in need of substantial governmental reform are the same communities that lack the resources to fund those efforts.

As the Center’s analysis in “Selling Distress” uncovers, the process of collecting delinquent taxes and returning properties is poorly designed, and ultimately the taxpayer foots the bill. Remaining tied to the present system will only exacerbate many of Cook County’s most pressing challenges. Achieving the delicate balance of collecting revenue without further distressing struggling communities will require overcoming institutional inertia in a system that has remained largely unchanged for nearly 80 years.

In 2019, The Chicago Community Trust committed to a 10-year strategic focus on closing the Chicago region’s racial and ethnic wealth gap. The Trust funded the Center for Municipal Finance’s study, “Selling Distress: How the Tax Foreclosure System Exacerbates Disinvestment in Cook County Communities,” and prepared this research brief as a part of its work to catalyze neighborhood investment.

“Selling Distress” builds on a previous Center for Municipal Finance analysis of the Cook County Scavenger Sale. This comprehensive independent study found most of the properties that enter the sale never leave it, while the number of properties in the system continues to grow, predominantly in communities of color. Reforming the Scavenger Sale is one of many possible fixes to our broken system.