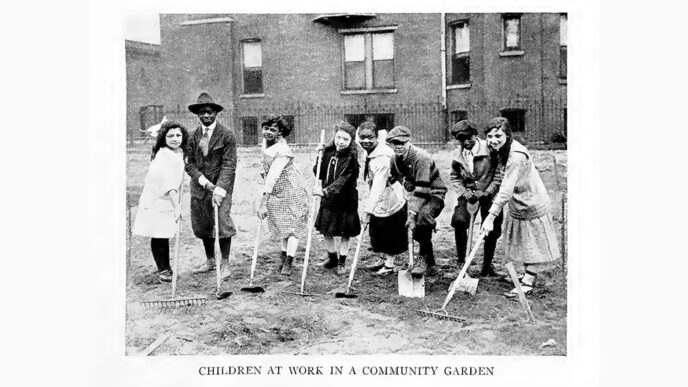 Image from The Negro in Chicago by Charles Spurgeon Johnson

Segregation in Chicago: An Annotated Bibliography

The Chicago Community Trust’s library houses a number of reports, articles and books detailing the complex history and legacy of racial segregation in Chicago from the 1920s to present day.

This collection explores the mechanisms that perpetuate housing segregation and the struggles of African-American neighborhoods with poverty and neglect—from the aftermath of the notorious summer 1919 riots to the demolition of the Chicago Housing Authority’s high-rise projects in the 2000s. It provides invaluable resources for understanding how segregation became so entrenched in Chicago, the toll it takes on all residents, and what can be done to foster social and economic opportunity for the city’s most vulnerable communities.

We are happy to make the following resources from the collection available for you to read and download:

The Negro in Chicago by Charles Spurgeon Johnson. University of Chicago Press: Chicago, 1922.

In July-August 1919, the stoning and death of an African-American teenager at Lake Michigan sparked weeks of violence between African-American and white Chicagoans in South Side neighborhoods. In the wake of the riots, the Chicago Commission on Race Relations commissioned “The Negro in Chicago”—the first government-funded research conducted on race relations and the conditions faced by African-Americans in Chicago. Read and download

Integration and Racial Change in Six Chicago Suburban Communities: Volume I and Volume II by Richard P. Taub, Susan M. Sanders, Jane Bannor and other members of the University of Chicago Committee on Public Policy Studies. The Center for Urban Research and Policy Studies: Chicago, 1986.
This report aimed to develop a theory of racial change in suburban areas as distinct from classical theories about urban change, through examining patterns of integration or re-segregation in six suburbs. It proposed five factors influencing the potential for re-segregation in suburban communities: 1) the community’s size, and its willingness and ability to channel resources into integration maintenance programs; 2) presence of institutional actors with strong commercial bases; 3) whether school district boundaries fall within suburbs; 4) the community’s location relative to geographic and cultural amenities, and to racially segregated areas; and 5) perceptions of governmental leadership as impactful institutional actors.
Read and download Volume I
Read and download Volume II

Housing Discrimination and Economic Opportunity in the Chicago Region by Michael Leachman and Philip Nyden. Center for Urban Research and Learning at Loyola University: Chicago, 2000.
This report explores how racial and ethnic segregation impedes the social, political, cultural and economic vitality of the Chicago region, focusing specifically on the impact of housing discrimination on employment and wealth opportunities for people of color. The increase of African Americans and Latinos moving into metropolitan and suburban Chicago has not led to more diverse neighborhoods, less housing discrimination, more affordable housing, increased willingness on the part of white communities to live alongside people of color or support programs promoting integration or more loans provided to people of color. The study recommends greater government and business support of diverse communities, for elected officials and business leaders to take the lead in promoting fair housing and economic opportunities for people of colors, for programs to be developed addressing the concentration of poverty and supporting fair housing and for affordable housing options to be made available. Read and download

Envisioning Racially Just and Opportunity-Based Housing for the Chicago Region by John A. Powell. Leadership Council for Metropolitan Open Communities: Chicago, 2001.
This report was produced for The Leadership Council for Metropolitan Open Communities’ 35th anniversary, to celebrate its legal, counseling, education and advocacy work fighting housing segregation and discrimination. Its authors describe the lack of affordable, fair and subsidized housing; the geographic concentration of poverty; and the unequal access to education, childcare, democratic participation, employment and wealth based on race evident in the Chicago region. They propose opportunity-based housing as a model for developing fair housing, based on the understanding that housing should be deliberately connected with other opportunities—schools, transportation, employment, childcare and institutions that foster political participation—which are often unevenly distributed across communities. Read and download

Residents at Risk: A Profile of Ida B. Wells and Madden Park by Susan J. Popkin, Mary K. Cunningham, and William T. Woodley. The Urban Institute: Washington, DC, 2003.
In 2003, the Ida B. Wells homes—one of the Chicago Housing Authority’s (CHA) largest public housing projects—were demolished by the United States Department of Housing and Urban Development to make way for a new, mixed-income community. This report aimed to inform the city, CHA, community groups and private agencies involved in developing relocation plans that addressed the needs and characteristics of Wells residents. Survey and interview data suggested that a high percentage of residents had special housing needs, including disability accommodations and space for large families. Squatters and homeless individuals were widespread and in need of transitional housing, drug treatment and support for returning after incarceration. The report addresses that the housing market and social services are ill-equipped to address the needs of at-risk residents, and makes recommendations for each of these issues. Read and download

The Cost of Segregation” by Metropolitan Planning Council. Metropolitan Planning Council: Chicago, 2017.
Chicago consistently ranks among America’s most segregated regions. Like in many U.S. metropolitan regions, historical and ongoing systemic racism has blurred the lines between racial and economic segregation; today, our poorest residents are disproportionately people of color living in communities of concentrated poverty. While the disadvantages of living in concentrated poverty have been well documented, there is less evidence of the disadvantages of segregation to all of a region’s residents. MPC and Urban Institute’s study rests on the premise that not only low-income people and communities pay the price, but that segregation hampers the economy and quality of life for everyone living in metropolitan Chicago. The study suggests that reduced segregation in metropolitan Chicago could result in $4.4 billion additional income per year for the region as a whole, 30% lower homicide rate and 83,000 more citizens with bachelor’s degrees. Read and download

In addition to these digital resources that we can make available to you, the Trust’s collection includes a number of books that our staff finds invaluable for helping to understand segregation in Chicago. We recommend:

The Poorhouse: Subsidized Housing in Chicago by Devereux Bowly Jr. Southern Illinois University Press: Carbondale, IL, 1978.
In this first major study of subsidized housing in an American city, Bowly examines the history of the decline and federal takeover of the Chicago Housing Authority, the high-rise demolitions and mixed income housing. He focuses on housing constructed by governmental agencies or with public grants, projects with subsidized mortgages and rents and private philanthropic endeavors to provide recommendations based on the accomplishments and failures of past projects.

Making the Second Ghetto: Race and Housing in Chicago 1940-1960 by Arnold R. Hirsch. University of Chicago Press: Chicago, 1983.
This book chronicles how political figures, businesses and emerging white communities responded to the great migration of African Americans to Chicago in the 1940s by effectively expanding and reinforcing housing segregation. The city used a variety of strategies, from riots to redevelopment, to prevent desegregation and develop legal tools for supporting and sanctioning ghettos. Hirsch’s analysis sheds light on urban race relations and the social and political engineering of segregation during the Civil Rights Era.

The Hidden War: Crime and the Tragedy of Public Housing in Chicago by Susan J. Popkin, Victoria E. Gwiasda, Lynn M. Olson, Dennis P. Rosenbaum and Larry Buron. Rutgers University Press: Piscataway, NJ, 2000.
This book chronicles the Chicago Housing Authority’s failures to improve conditions in the high-rise developments in the 1970s, specifically gang violence, drug dealing and vulnerable African-American families. It offers a portrait of the struggles experienced by the development’s residents, and cautions future policymakers and community leaders to learn from how past efforts to fight violence in these impoverished communities have failed.

When Public Housing Was Paradise: Building Community in Chicago by J. S. Fuerst. Praeger Publishers: Westport, Connecticut, 2003.
This collection of seventy-nine oral histories is a unique window into the time between 1938 and 1960 when public housing provided low-income families with desirable homes, a strong sense of community and opportunities for upward mobility. These accounts offer a balance to the typical focus on public housing’s failures and the traumas experienced by its residents, and explore the role that poor management of the projects played in their downfall.

Waiting for Gautreaux: A Story of Segregation, Housing and the Black Ghetto by Alexander Polikoff. Northwestern University Press: Evanston, IL, 2006.
Part memoir, part history, part legal case study, this book recounts lawyer Alexander Polikoff’s collaborations with fair-housing advocates to fight race-based discrimination in Chicago public housing. After years of white communities aggressively resisting integration in the projects and a 1966 lawsuit forcing the Chicago Housing Authority expand their sites beyond black ghettos, the Gautreaux case led to a scattered-site housing program that moved up to 8,000 families from the slums to the suburbs. This book recounts the history of segregation and Chicago’s black poor, leading up to these few families finding homes.

Family Properties: Race, Real Estate and the Exploitation of Black Urban America by Beryl Satter. Metropolitan Books: New York, 2009.
Satter explores how Chicago—the Promised Land for thousands of Southern African Americans in the 1940s—became one of America’s worst ghettos. She recounts discriminatory practices employed by the banking industry, the federal policies that enforced unequal housing opportunities and the economic and cultural anxieties that fueled violence and racism in white communities, while chronicling the work of reformers and organizers who crusaded against exploitation of African-American communities.

Blueprint for Disaster: The Unraveling of Chicago Public Housing by D. Bradford Hunt. University of Chicago Press: Chicago, 2010.
This book traces the history of Chicago public housing, examining the complex issues that compounded to make these projects a devastating blow to Chicago’s most vulnerable populations. Hunt lays blame not only on racial discrimination and real estate interests, but also on misguided policies and managerial incompetence on the part of the Chicago Housing Authority that had severe economic, health and psychological consequences on its residents. He dives into how the policies developed by decision-makers on all levels, and the general erasure of tenant voices, contributed to the tragic downfall of public housing.

The South Side: A Portrait of Chicago and American Segregation by Natalie Y. Moore. St. Martin’s Press: New York, 2016.
Chicago native Natalie Moore creates a rich and insightful representation of segregation in Chicago’s South Side, based upon the stories of African Americans who reside there. She chronicles the history of racial segregation, the ongoing policies reinforcing it and its relationship to other social problems such as gun violence, food access and employment inequities. She draws from her own experiences to demonstrate the complex economic and psychological impacts of segregation and racism on African-American Chicagoans.

High-Risers: Cabrini-Green and the Fate of American Public Housing by Ben Austen. HarperCollins Publishers: New York, 2018.
Austen recounts the history of Cabrini-Green, America’s most iconic public housing project, from its construction in the 1940s its demolishment in 2011. He interweaves personal narratives of those who lived in the project into his analysis of the policies and forces that led to the housing complex’s demise. Through exploring generational poverty, racism, corrupt politicians and real estate investors and incompetent managers, he forms recommendations of how effective projects and policies can be developed in the future.