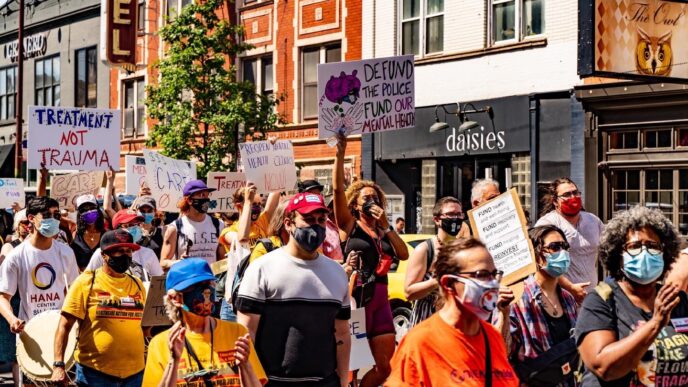 Rethinking What It Means to Be Civically Engaged

Every single one of us participates in public life—whether you’re reporting a pothole on the city’s 311 app, attending Ward night, or volunteering at the food pantry. We are constantly engaging in a civic infrastructure, but what exactly is it?

In their book, Public Participation for 21st Century Democracy, civic engagement experts Tina Nabatchi and Matt Leighninger define civic infrastructure as “the laws, processes, institutions and associations that support regular opportunities for people to connect with each other, solve problems, make decisions and celebrate community.”

In 2010, the National Conference on Citizenship’s Chicago Civic Health Index reported that the Chicago region’s civic health was on life support. However, research on declining civic health tends to be rooted in a framework that focuses on voting and volunteering—the kind that involves donating one’s time, labor, and money to formal organizations. This is only one part of the civic engagement picture.

This year, the Institute for Research on Race and Public Policy at the University of Illinois Chicago released a report, funded by the Trust, to dig deeper into the current civic engagement landscape in Chicago. The report, Changing the Frame: Civic Engagement Through a Racial Equity Lens, provides a broader analysis of civic life that includes a wider range of activities practiced by Black, Latinx, and working-class people in Chicago. Historically, civic engagement has been defined as working to make a difference in the civic life of our communities and developing knowledge and skills to make that difference. Key findings from the report include:

By rethinking how we define civic engagement, Changing the Frame presents a set of opportunities and recommendations to move the civic health of Chicago from life support to actively thriving. It is vital we capture all the ways Black and Latinx residents participate civically just as it is vital to strengthen political education and increase voter turnout. Civic education must move beyond how a bill becomes a law to centering critical issues affecting young people today. We have a collective responsibility to nurture the next generation of civic leaders and ensure their readiness to tackle the evolution of challenges facing our democracy.

Our civic infrastructure is severely underfunded and inadequate for the 21st century. Foundations are called on to increase funding in areas of leadership development centered on systems change, community organizing and long-term campaigns, civic education, and capacity building support to strengthen public policy knowledge and skills to shape and advance policies. Government institutions have an opportunity to take steps in their control to repair the trust between the public and their institutions. They can provide genuine pathways for public participation and for community-based organizations to shape public policies.

A healthy and vibrant civic ecosystem in the Chicago region is central to the Trust’s vision to close the racial and ethnic wealth gap. We know we cannot program our way out of the city’s most pressing problems and policy solutions alone will not suffice if residents do not have the knowledge, skills, and wherewithal to hold institutions and those in positions of power accountable. We’re reliant on a healthy civic infrastructure to nurture our vision of a Chicago region where equity is central, and opportunity and prosperity are in reach for all.