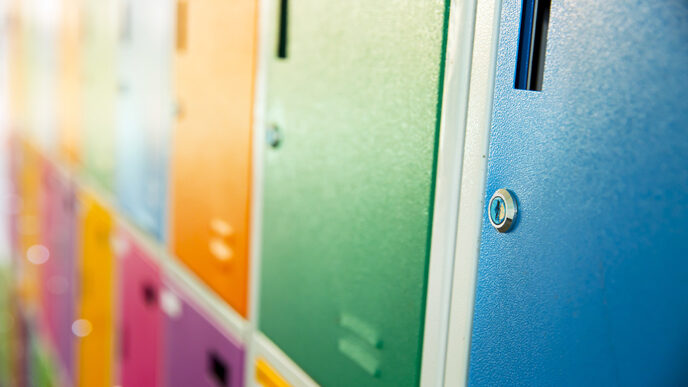 Though it might be unusual to hear from someone working at Generation All, I was a private school kid.

The tiny private high school I attended was created in 2007 with an initial graduating class of only 49 students. Although my parents are attendees of, employees of and general supporters of public education institutions, they had heard through the grapevine about a new “independent” high school opening up in the neighborhood next to ours that promoted an education heavily focused on college admissions and encouraged my older brother to apply.

With the help of generous financial aid, my brother was admitted to the school and became a part of the first graduating class of students. A few years later as I was nearing freshman year I was given two options: attend the new, shiny private high school but give up my involvement in YMCA gymnastics (as it would be unaffordable to do both, even with financial aid), or continue with my favorite sport and attend the public neighborhood school.

The pressure to go to what was considered the “smart kids’ school” seemed to outweigh all the benefits gymnastics had provided for me such as rigor, discipline, friendship, strength and a second home.

I had done little research on either of the schools, instead basing my perceptions on gossip and anecdotes. I came to realize much later that my perceptions of both of these schools were somewhat misleading.

I was given two options: attend the new, shiny private high school but give up my involvement in YMCA gymnastics, or continue with my favorite sport and attend the public neighborhood school.

What surprised me was that the most challenging aspect of going to the private school wasn’t the academics, but the social life. Although I had a comfortable childhood, many of the friends I made at this high school lived in an entirely different world of wealth. While my family went camping for our vacations and splurged on dinners at local chain restaurants once or twice a month, my peers had already experienced lavish European vacations, had refined tastes in dining and lived in mansions out on the edges of the city.

While I made some amazing friendships throughout my time there, struggling to keep up with these students was stressful and sometimes embarrassing, and overall I felt like I didn’t truly belong.

Despite the social struggles, I set aside my grievances and focused on college admissions. I had dreams of moving to New York or Chicago to pursue my education in a big city. Helping students get into college was one of the purported strengths of the school and I was lucky enough to be admitted to the University of Chicago, something I assumed would have been impossible without the help of the school.

But as the Facebook posts of my old friends from elementary and middle school that went to the public neighborhood school started to explode with excited statuses about their admissions to amazing colleges and programs all over the country, I began to doubt the supposed essentiality of my school.

After talking to a few of my old friends I was surprised by how much I had missed out on by not going to the neighborhood school. They had sporting teams and events that my school was too small to support; they got together at each other’s houses after class to do homework and hang out, while I hardly visited my friend’s homes since everyone lived so far away; they had a wider variety of classes to choose from; and nearly all of them had been accepted into colleges, universities or training programs.

More reflections on the high school experience from the interns of Generation All:

I think there is a commonly held belief that private schools provide more for their students in terms of extracurriculars and academic enrichment—and are therefore a superior choice—but in my situation that was not the case. While I don’t think private schools are to blame for this perception, I wish I had been exposed to a more nuanced view of my options when choosing a high school, as I am still unsure if I attended a school that was truly the correct fit for me.

I harbor a large amount of gratitude towards my high school, but I simultaneously find myself frustrated by the exclusivity of my high school and many others like it, as they seem to only further issues of socio-economic segregation and negative perceptions of public schools. Now, having worked for several years in the CPS system, I have become an enthusiastic supporter of public neighborhood schools and the incredible effort staff and administrators put in to help students have the most rewarding and enriching experience possible.

Working at Generation All has provided me with the opportunity to become even more involved with the improvement of public neighborhood schools, and I am so excited to see what the summer has in store for us!

Emily St. Marie is a student at the University of Chicago and an intern with Generation All, a citywide initiative to unite Chicagoans in revitalizing neighborhood public high schools so all students experience high quality learning opportunities both in and outside the classroom with the support of the wider community.