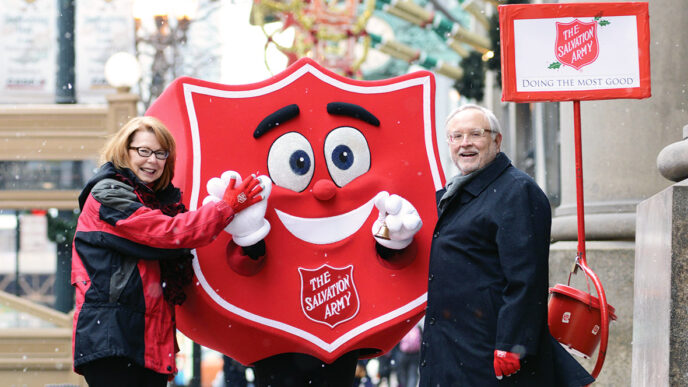 Ray and Susan Gillette: A Second Chapter in Philanthropy

Ray and Susan Gillette haven’t slowed down one bit since they grabbed the opportunity to retire early. Instead, the former advertising executives, who each served as president of DDB Chicago at separate times, have dedicated just as much energy and passion to this chapter of their lives as they partner with The Chicago Community Trust to help them carry out their philanthropy to help underserved and vulnerable people in metropolitan Chicago and beyond.

The couple use their donor advised fund at the Trust to make grants to The Salvation Army Metropolitan Division, which provides comprehensive social services in the Chicago region, northern Illinois and northwestern Indiana; Streetwise, which helps homeless people in Chicago gain self-sufficiency; and the Off the Street Club, which offers after-school programs for at-risk children in West Garfield Park.

They also provide scholarships to their alma maters: Susan Gillette has funded scholarships for minority English majors at Northern Illinois University, while Ray Gillette set up a scholarship for minority students pursuing journalism degrees at West Virginia University. And Opportunity International receives their support to provide microloans to people living in poverty around the world, ultimately empowering them to become entrepreneurs, create jobs and transform their communities.

For the Gillettes, philanthropy entails more than just donating money. They often join the boards and committees of the nonprofits they support, contributing their advertising and marketing talents as well as their business experience. For example, Susan Gillette served on the national board of The Salvation Army for six years, shepherding it through its first national advertising campaign. Ray Gillette has been on the board of Streetwise since 2000, offering guidance in strategy, communications and fundraising.

“It’s one thing to give money, but in many ways, it’s much harder to give time,” Ray Gillette says. “And so, we try to do both when we can. That in-kind work is very time-consuming but rewarding.”

[pullquote]It’s one thing to give money, but in many ways, it’s much harder to give time. And so, we try to do both when we can. — Ray Gillette, donor of The Chicago Community Trust[/pullquote]

By housing their donor advised fund at the Trust, the Gillettes appreciate how the Trust eases some of the responsibilities associated with their charitable giving—helping them stay actively involved with the nonprofits they support. They like the convenience of making their grants online through Instant Impact, the Trust’s web portal that donors use to manage their funds. In addition, the Trust’s financial management of their fund has resulted in strong investment returns, allowing them to contribute more money to nonprofits. And the Trust handles much of the administrative work for their fund, including preparing and filing tax returns. “It really does make giving simple,” Ray Gillette says.

“The Chicago Community Trust is a respected place for people who care about Chicago and the broader community,” Susan Gillette says. “More than anything, the Trust is dedicated to philanthropy, and this is our family’s commitment to philanthropy. So we feel very strongly that the Trust is the right choice for us.”