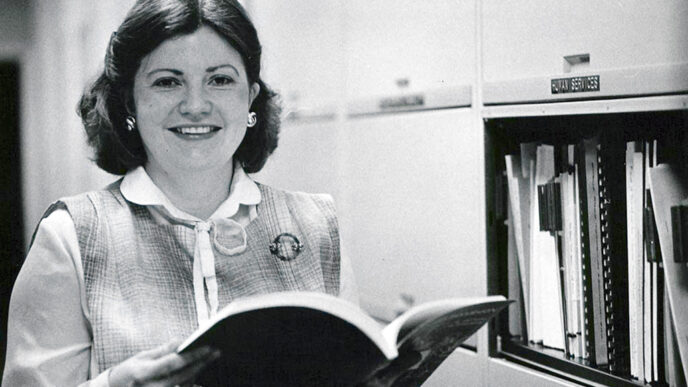 What do many universities, museums, historical societies and large corporations have in common? They have an archives—a collection of permanently valuable records such as manuscripts, correspondence, photographs and minute books. These records are important in order to preserve an organization’s cultural heritage.

When records are not accessible, past activities are preserved only via memory—an unreliable method of preservation. Worse, many of these records end up getting lost and are never recovered.

In 2010, with its Centennial on the horizon, leadership at The Chicago Community Trust made it a priority to establish an in-house archives. Because the Trust has played such a vital role in the development of Chicago’s residents and communities since 1915, it was important to maintain historical record of our activities and to properly celebrate our heritage.

The Trust archives is a function that preserves both past and present activities so that they are accessible in the future—whether it is next week or a hundred years from today!

Our archival materials include institutional records such as meeting minutes, correspondence, publications and articles of incorporation, as well as ephemera, audio-visual content and several thousand images. Almost all of the Trust’s archival material was created by us or by other organizations for programs and events that we sponsored.

Although the Trust archives was officially established only a few years ago, it has been years in the making. From 1979 to 2000, Barbara Denemark Long was the Trust’s Director of Information Services. Her primary role was to provide reference services to Trust staff, but she was also mindful of the fact that if papers were thrown out, history was being lost.

As staff came and went, Long held on to relevant records and asked staff to do the same, or bring them to her so that she could assess whether or not they should be kept permanently. These records were then stored at the Trust’s offsite storage facility.

The Trust was founded by Norman and Albert Harris, who also founded what is now BMO Harris Bank. Much of their correspondence, reports and early documents are now available in the archives, and together these records paint a vivid picture of the grand ideas and small but important details that made up the founding of the Trust.

In 2010, a decade after she had retired from a long career at the Trust, Long was asked to return to serve as our Archivist and set up a formal archive. She conducted an inventory of the records she had painstakingly kept, and began to organize them and have them digitized.

When we celebrated our Centennial in 2015, the archives played a key role in illustrating our rich history in the Chicago region. Long mined the archival records to find supporting information for dozens of Trust stories, reaching all the way back to 1915. She looked through biographical information, correspondence, photographs and marketing materials to give body and substance to important people, places and organizations that have worked closely with the Trust since our establishment.

Unlike a research or public library, the Trust archives is not open to the public; it was created for Trust staff. However, since the Trust was instrumental in the establishment of many organizations in Chicago and in the philanthropic community in general, we possess important records related to these two facets of the nonprofit field. Therefore, when information is sought by outside parties, we are often able to provide it.

From the archives: The cover of the Declaration of Trust document, which established The Chicago Community Trust as a charitable foundation in 1915.

For example, the Trust established the Harris Theater for Music and Dance, which is now an independent organization. Our archives still has most of the correspondence, reports and documentation surrounding the establishment of the Harris Theater. When they reached out to the Trust archives for background information and to learn more about the history of their origins, we were able to provide that information.

Additionally, as one of the first community foundations in the country, the Trust archives contains a wealth of useful information for scholars. The Trust was founded by Norman and Albert Harris, who also founded what is now BMO Harris Bank. Much of their correspondence, reports and early documents are now available in the archives, and together these records paint a vivid picture of the grand ideas and small but important details that made up the founding of the Trust.

With an established formal archives, the Trust’s heritage is kept intact as many of today’s activities become tomorrow’s history.