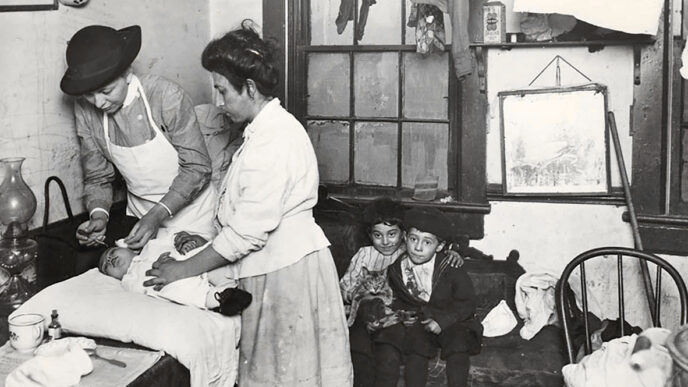 In 1922, the United States ranked behind most of Europe and much of Latin America in its rate of maternal safety during childbirth. More mothers died during childbirth in Chicago than Boston or New York. And statistics for infant mortality were similarly grim.

Rich consulted agencies around the country for what might now be called a survey of best practices. She analyzed patterns of where prenatal care was most and least administered throughout Chicago.

The third social survey published by the Trust, Prenatal Care in Chicago was well-received and highly lauded for its thoroughness. Trust Executive Director Frank Loomis remarked it would take its place as “the most valuable local study of its kind that has yet been made in any American city on the subject.”

The Trust’s first social survey, Americanization in Chicago, was published in 1920 in response to waves of immigration and social change. Read more: Trust’s First Social Survey Reflected Turmoil in Chicago

Although no changes within the medical establishment resulted from its findings, the survey helped to define an agenda for Trust grant making in the years that followed.