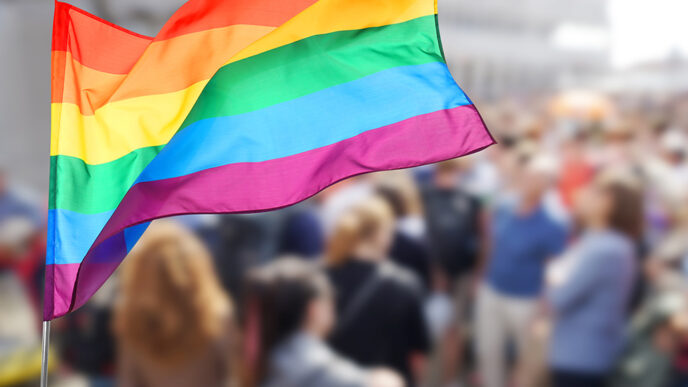 The LGBT Community Fund, with the services of Morten Group, launched a survey initiative designed to educate and become a resource to the public, as well as inform the Fund’s future grant making. The survey would revisit learnings and assess change since the Fund’s first Community Needs Assessment, conducted in 2011.

The result was the 2019 LGBTQ Community Needs Assessment: a report reflecting the insight and experience of 2,088 individuals who took the time to complete an online survey, fill out a data card or participate in a focus group.

From their input, seven key themes and concerns for the Chicago region’s LGBTQ+ community emerged:

Survey respondents were invited to share their gender identity, sexual orientation, race, income, age and whether they identify as a person with a disability, in order to build up a fuller picture of the individuals who comprise Chicago’s LBGTQ+ community. 146 survey takers reported that they live with a disability or disabilities. Of these individuals, 95% completed the entire survey—a higher participation level than any other demographic group.

The report also draws comparisons to data from the 2011 LGBT Community Needs Assessment.

Respondents were asked to list the five issues they felt the government should address within the next year. Responses of “community safety” increased from 25% in 2011 to 48% in 2019. “Employment needs” increased from 33% to 48%. Additionally, 58% of respondents listed the necessity of government action for “basic income” and “livable wage.”

The assessment details not only the community’s needs, but also where support should be directed. Respondents advised that resource allocation should not be concentrated in any one geographic community—that funders need to look strategically at supporting community-based groups and institutions doing strong work in the suburbs and on the west and south sides of Chicago.

Respondents were asked to list issues the government should address within the next year. “Community safety” increased from 25% in 2011 to 48% in 2019; “employment needs” increased from 33% to 48%.

Beyond issues and resource gaps, the assessment captures the resilience of the LGBTQ community. Respondents described the network of support available through organizations and programs like Brave Space Alliance, which has received grants from the Trust’s African American Legacy as well as the LGBT Community Fund. Brave Space Alliance was not only identified as a safe space, but also played a significant role in the assessment through their Youth Outreach team—one of more than 70 organizations who were vital to connecting with community members to build participation in the survey.

This milestone of data would not have been accomplished without Morten Group’s dedication to the inclusion of multifaceted voices, and without the LGBT Community Fund’s commitment to root its grant making in an assessment from the community, for the community.