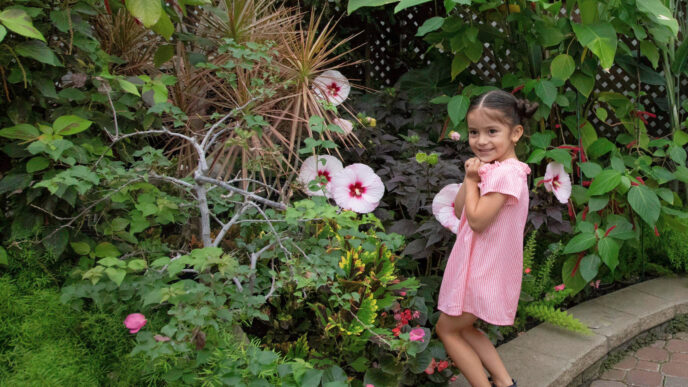 NatureConnections: The Legacy of Ellen Thorne and Hermon Dunlap Smith

In the late 1980s, the Chicago Public Library collaborated with a network of zoos, museums, and science centers throughout Chicago to design a groundbreaking collection of exhibits for children about the wonder of nature. NatureConnections focused on the natural history of the Great Lakes Region, and wide-ranging exhibits taught children about the role humans must play in the stewardship of the natural world.

NatureConnections was the legacy of Ellen Thorne and Hermon Dunlap Smith, two lifelong philanthropists who partnered with The Chicago Community Trust to establish a fund dedicated to serving the region and protecting nature.

Chicago native Ellen Thorne Smith was an accomplished ornithologist, and during World War II, the Field Museum appointed her associate curator of the Ornithology Department. She formed the Women’s Board of the Field Museum and later was elected the Museum’s first female Trustee. Ellen was as passionate about social service as she was about nature. In 1965, she became president of The Jane Addams Hull House Association, one of Chicago’s largest nonprofit social welfare organizations.

Ellen’s husband, Hermon Dunlap Smith, was chairman, president, and CEO of the insurance firm Marsh & McLennan. He was devoted to child welfare and public services and served on the boards of numerous organizations including the Adler Planetarium, the Illinois Children’s Home & Aid Society, the Chicago Historical Society, and the Newberry Library.

Hermon served on The Chicago Community Trust’s executive committee from 1939 to 1972 and as its chairman from 1959 to 1972. He established the Hermon Dunlap and Ellen Thorne Smith Fund at the Trust after Ellen’s death in 1977. It is an unrestricted fund, which gives the Trust flexibility to disburse funds to address the community’s most pressing needs. According to Bruce Newman, executive director of the Trust at the time, the fund was directed to reflect the couple’s interest in nature and their commitment to children—and continues to address critical needs in the region through its annual grants.

In 1988, the Trust awarded a $700,000 grant to The Chicago Public Library Foundation from the Hermon Dunlap and Ellen Thorne Smith Fund to create exhibits at the Chicago Public Library Cultural Center and 42 neighborhood libraries. A children’s librarian at the time called NatureConnections “an incredible opportunity, a librarian’s dream. I know of no other library that has ever received such a large grant for a children’s collection.”

Bruce Newman noted that the development of NatureConnections is a shining example of the Trust’s commitment to donors’ passions. Now, donors like the Smiths who include the Trust in their wills and estates also become members of our 1915 Society, and have the opportunity to connect with fellow donors and attend exclusive events and seminars.