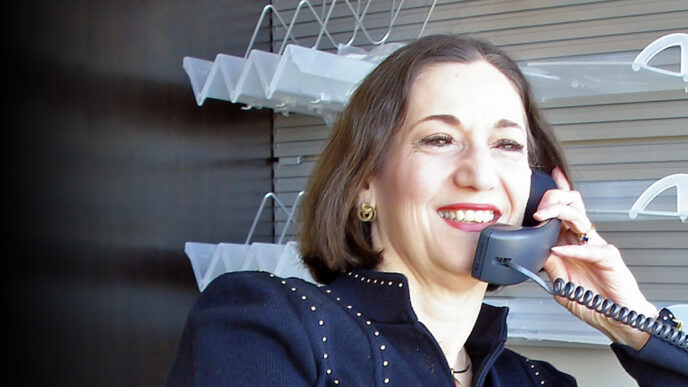 These are just some of the words used over and over to describe Janice Rodgers, former national chair of the Tax-Exempt Organizations Practice Group for Quarles & Brady LLP and long-time member of The Chicago Community Trust’s Professional Advisory Committee. With her retirement approaching this fall, we thought it would be a perfect opportunity to reflect on her career, her unwavering commitment to social justice—and her next act.

Rodgers was part of the first “big wave” of women coming into the legal profession in the mid-1970s. At that time, approximately 80% of all practicing attorneys were men. There was no such thing as the Pregnancy Discrimination Act or the Family and Medical Leave Act. It was common to ask women during an interview if they were planning to have children. It was common to call women “honey” or “sweetheart” in the workplace. It was common to pay women less than their male counterparts.

Rodgers worked and learned under the tutelage of renowned attorney Frank Bixby during her four years at Sidley. He was both her professional mentor and her role model for social justice issues. “He provided me with excellent training on both a professional and personal level,” she said. “His clients adored him and he was a wonderful mentor for addressing social justice issues. I recall that he was named the Chicago Urban League’s Man of the Year.”

At that time, approximately 80% of all practicing attorneys were men. There was no such thing as the Pregnancy Discrimination Act or the Family and Medical Leave Act. It was common to ask women during an interview if they were planning to have children.

Even with Frank in her corner, it was challenging to navigate the difficult issues facing her generation: maternity leave, reduced work hours and the guarantee of a job upon returning to work. “Sidley was very good to me,” Rodgers said. “I learned a lot. They provided me with a very generous plan for that time—but without a formal policy, different partners had different ideas. I wanted to be off for six months and then return with a reduced work schedule for an extended period of time.” Sidley was not able to provide Janice with all that she requested, so she resigned.

After teaching part-time at Loyola Law School, in 1983 Rodgers joined a smaller law firm that eventually became the Chicago office of Quarles & Brady LLP. She played a pivotal role in securing the firm’s reputation as a national leader in the practice of Tax-Exempt Organizations.

Over the years, Rodgers built a stellar team of attorneys who represent and advise nonprofit organizations, including independent, family and corporate grant-making foundations; museums; colleges and universities, hospitals and other health care institutions; trade and professional associations; and other tax-exempt entities. As one of her long-time partners, Patrick Bitterman, said, “When you think about what makes a great lawyer, she checks all the boxes. She takes her role as a mentor very seriously and is fully invested in everyone on her team.”

One of her associates, Corbin Morris, admitted that meeting Rodgers and having the opportunity to work with her changed the trajectory of his career: “With my tax background, I was full steam ahead with my goal of working on sexy, tax-related international deals. I thought I would do pro bono work on behalf of tax-exempt organizations, but this would not be my career. It wasn’t until I applied for my position at Quarles that I realized what a great opportunity it would be to work with Janice and to be part of a strong, incredibly smart, female-led practice. Words matter to Janice. She’s technically brilliant, but it’s her commitment to her clients and understanding their passions that’s made her so successful.”

Janice Rodgers, center, was honored with Chicago Foundation for Women’s 2017 Impact Award for her work not only as a philanthropist championing the advancement of women and girls, but also as a pioneering attorney and mentor.

“She’s an amazing attorney,” according to Jodi Patt, partner and current co-chair of Quarles’ Tax-Exempt Organizations Group with Norah Jones. “Everyone around the country knows this about Janice. But she’s so much more. She’s a wife, a mother and a grandmother. She’s an activist and a philanthropist. A world traveler who is extremely passionate about issues that impact woman and girls. She’s a fierce advocate for social justice and sees social justice as the lens that applies to everyone.”

Patt continued, “Janice has been the professional mentor for me and Norah [Jones] from the beginning. She practically raised us through our careers. She believes in the power and importance of women mentoring women. She will continue to be a resource for both of us in our role as co-chairs of the Tax-Exempt Organizations Practice Group. Mentoring is just who she is. It nurtures her soul.”

Rodgers’ outstanding work and longstanding commitment to the nonprofit community have resulted in a number of well-earned awards, including the 2017 Impact Award from the Chicago Foundation for Women and the 2015 Woman of the Year Award from Rotary Club of Chicago. She is a former director of the Sargent Shriver National Center on Poverty Law, a former board member and audit and public policy committee member of Forefront and a former board member and current member of the Alumnae Council, Audit Committee and Professional Advisory Council of the Chicago Foundation for Women.

“She’s an amazing attorney. She’s an activist and a philanthropist. A world traveler who is extremely passionate about issues that impact woman and girls. She’s a fierce advocate for social justice and sees social justice as the lens that applies to everyone.”

Rodgers has been a longtime partner with The Chicago Community Trust, and part of its Professional Advisory Committee for nearly two decades. “Being on the Trust’s Professional Advisory Committee has provided me with additional resources for my clients. I’ve worked with the Trust on a number of different types of funds and have always been impressed with the Trust’s commitment to the community,” she said.

“Philanthropy is changing, and donors are more sophisticated. The Chicago Community Trust is an important player in our community and in facilitating philanthropy.”

So, what comes next? Neither Corbin Morris nor Jodi Patt expect Rodgers’ life to change dramatically when she retires at the end of September. Corbin remembered, “Janice told me about the time she spent much of her vacation trying to get through the then-new, dense regulations on lobbying by private foundations by the pool. I think it’s safe to say her days of reading tax regulations on vacation are finally over.” Patt added, “I don’t expect Janice to just fade away. She’s a world traveler and has so many interests. I suspect retirement will simply allow her to prioritize her passions differently. I certainly don’t expect her to relax. She’s passionate about too many things.”

Thankfully, Rodgers’ contributions to the legal profession and to the Chicago nonprofit community will continue after she passes the baton to the stellar team at Quarles & Brady. For all she has done professionally and for all she will continue to do personally, we are forever grateful.