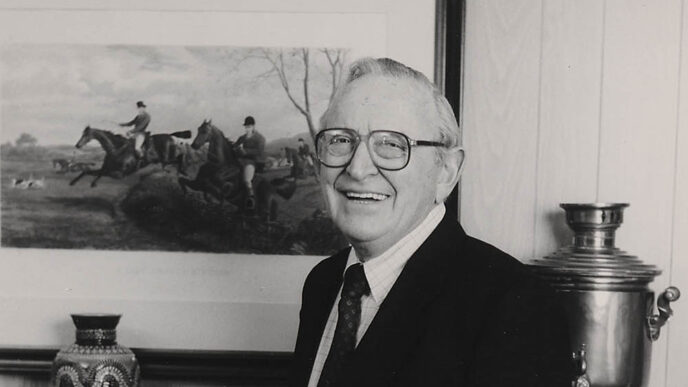 Maynard J. and Elinor S. Marks were compassionate advocates and supporters for the elderly.

Issues such as the shortage of nursing care led them to establish a fund at The Chicago Community Trust dedicated to helping our oldest citizens.

In the mid-twentieth century, laws to protect the elderly were often unenforced. “We need constant advocacy for these nursing home patients in substandard homes because they are helpless,” said Mrs. Marks.

Mr. Marks shared his wife’s concerns noting, “My father said that probably the groups in greatest need were the very young and the very old. I feel the needs of the children have been taken care of to a great extent over the years — but not the needs of the old.”

He also predicted that the need would only grow. “The needs of the elderly are going to be even more pressing when those in this large [post-World War II] segment of the population reach their old age.”

The Marks were also concerned about the elderly who were placed in nursing homes before there was a proven need for such care. They favored group living facilities for senior citizens who were able to care for themselves in most areas of life but could no longer live alone.

Together in the 1970s they established the Elinor and Maynard Marks Fund within the Trust as a donor advised fund — enabling them to act as advisors and make recommendations for the fund’s charitable purposes, and to continue to honor their intentions after they’re gone.

“It is a marvelous concept to have the Trust serve as a watchdog so that funds it manages are not being directed to organizations no longer doing a worthy job,” added Mrs. Marks.

Besides generously supporting the needs of the old, both Elinor and Maynard Marks enjoyed long lives themselves — Elinor living to age 78 and Maynard to age 100.