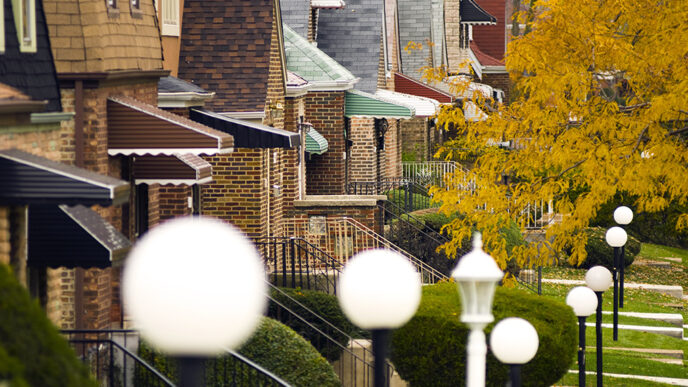 Communities of color in Cook County have been burdened by residential discrimination for decades—from Federal Housing Administration redlining beginning in the 1930s, to racial steering by the Chicago Housing Authority.

Both organizations are GO Grant recipients of The Chicago Community Trust, as is Chicago Lawyers’ Committee for Civil Rights, whose attorneys are representing them in the action.

Property owners in majority-Latinx and majority-African-American neighborhoods are twice as likely to be over-assessed—by a rate of 20% or more above market value—when compared with majority-white neighborhoods, according to the lawsuit. The complaint further alleges that as the percentage of white residents in a census tract increases, the ratio between the assessed values and actual market values decreases.

“It is fundamentally unfair that families in this community are required to pay artificially inflated taxes for their homes and bear a disproportionate share of the tax burden in Cook County,” said Patrick Brosnan of the Brighton Park Neighborhood Council.

On February 15, an independent report commissioned by Cook County Board President Toni Preckwinkle confirmed the inequities, finding “that the residential assessment system is more variable and more regressive than agreed upon industry standards, causing a wealth transfer from owners of lower-value homes to those of higher-value homes.”

A lawsuit against the Cook County Assessor’s Office alleges racial inequity in property tax assessment. Housing data shows that as the percentage of non-white residents in a census tract increases, so does the average assessment ratio—and as a result, homeowners in majority-Latinx and majority-African-American neighborhoods pay more than their fair share of property taxes.

According to the complaint, nearly half of residential properties sold between 2011 and 2015 in Brighton Park, on Chicago’s southwest side, were over-assessed by at least 20%. 7% were assessed at more than double their market value.

The Cook County Assessor’s office does not disclose its assessment methodology to the public.

“What we see in this case is the perpetuation of a system that disproportionately impacts communities of color and continues to strip capital from already struggling neighborhoods,” said Aneel Chablani of Chicago Lawyers’ Committee for Civil Rights.

The complaint asks the court to declare the current assessment system unlawful, and to order Berrios’ office to adopt a fair, accurate, transparent and nondiscriminatory system. It also seeks the appointment of an independent monitor to oversee the implementation.

In contrast, properties in the predominantly white Lakeview neighborhood were under-assessed by an average of 11% before appeals, and 15% under-assessed on average after appeals.

“What I find so dishonest and unfair is that if you’re a property owner just looking at your own tax bill, there’s no way to tell that you’re being under-charged or over-taxed based on the demographics of your neighborhood,” said Nancy Aardema of Logan Square Neighborhood Association.

“That’s why this outrage has gone on for so long.”