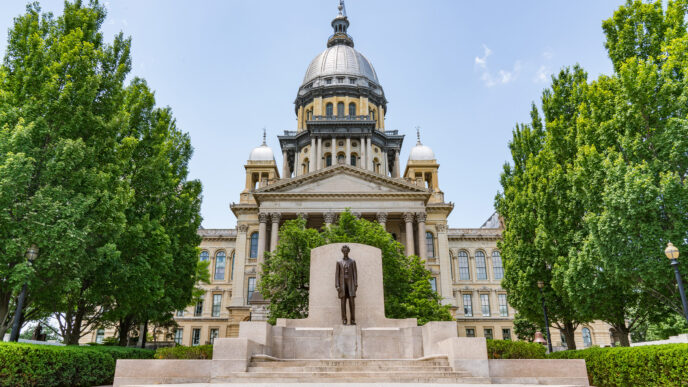 Generations of segregation and systemic discrimination have not only had longstanding social consequences, but they’ve also had significant economic ramifications. Over time, an intricate web of tax, economic, and financial policies have created a racial and ethnic wealth gap that feels more like a chasm, making economic security—let alone parity—unachievable for Black and Latinx communities.

This is why The Chicago Community Trust is advancing a policy agenda rooted in economic equity to close the gap. Working in collaboration with 11 coalition partners, the Trust has prioritized several policies that put money back in people’s pockets while ending those that disproportionally siphon wealth from Black and Latinx communities.

One of the best ways to seed wealth is to expand on policies that already work. That’s why the Trust is advocating in Springfield to expand the Illinois Earned Income Credit (EIC), which doesn’t include as many people as it should. The EIC is currently available to workers between the ages of 25-65 earning less than $56,000, but because the pool of working Americans is much larger, we believe the EIC should be expanded to 18-24 year old childless adults, working adults over 65, and workers who have not been granted citizenship but who pay and file taxes. The proposed expansion also includes a $600 minimum refundable tax credit to unpaid caregivers of children under 6, or of disabled or elderly dependents.

Passing an expanded EIC would make Illinois the first state in the nation to recognize unpaid caregiving as work. This groundbreaking achievement would finally begin to recognize the often-invisible work of, women, people of color, and immigrants. If passed, over 500,000 new households would benefit.

Policies that seed wealth like the EIC have a multiplier effect—in other words, they keep giving. For every dollar spent on the EIC, $1.50-$2.00 goes back into the local economy when recipients spend it in their communities. This kind of community-driven investment is instrumental to closing the wealth gap.

That’s why the Trust applauds the passage of the Community Reinvestment Act (CRA), which was signed by Governor Pritzker as part of the Illinois Black Caucus’ economic pillar. The CRA addresses the harmful impacts of redlining and creates access to banking and lending capital in communities that have been intentionally underserved and cut off from traditional tools to build generational wealth. Opening access to these tools evens the playing field and creates opportunity for communities to prosper as individuals participate in the economy in new ways.

Alongside policies that seed wealth, our coalition partners have also successfully advocated to end harmful predatory policies. In March, the Governor signed several of these important reforms, including the elimination of driver’s license suspensions in the License to Work Act and capping the payday loan lending rate in the Predatory Loan Prevention Act.

Now, the government is prevented from revoking someone’s driver’s license due to unpaid fines or fees. This practice has long perpetuated a vicious cycle of poverty and debt in predominantly Black zip codes that are over-policed and disproportionately ticketed. Without access to a car, many people can’t get to work to earn an income to support their families and pay the fines. Because these fines never sunset, debt accrues, and other predatory tactics are triggered, like the government’s ability to garnish tax returns to recoup unpaid fines and fees. The impact of this policy will reinstate up to 500,000 licenses across the state.

Similarly, ending predatory interest rates on payday loans was a huge victory for our coalition partners. The interest rate is now capped at 36%, still well above the 20% cap that was in effect until 1985, but significantly below the sky-high rates lenders have been raking in: 297% for payday loans.

We’re happy to see policies that promote wealth building and community driven investment gain steam and become a reality in Illinois. The sooner we sign into law policies that seed wealth, the faster we will close the racial and ethnic wealth gap and see the benefits of a stronger, more equitable economy for everyone.