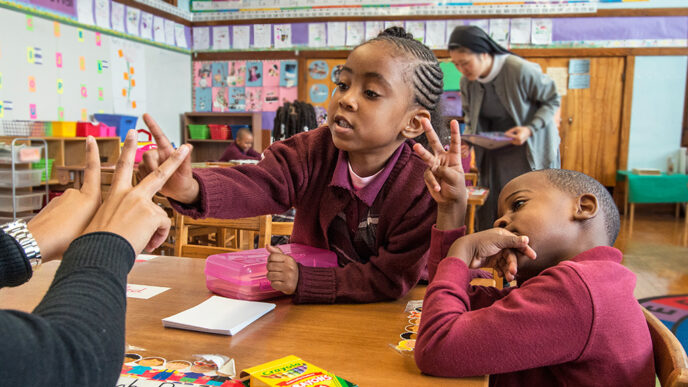 IRA Distributions & the Charitable Rollover: A Simple Solution for Impact

As more and more Americans reach the age where they’re required to take distributions from their IRAs, some are seizing the opportunity to support philanthropic causes. But legal restrictions mean that many giving options—like using your distributions to fund your donor advised fund—are off the table. Creating a designated fund is one simple pathway to ensuring that your IRA distribution makes a meaningful difference.

For one donor, that difference is providing scholarships for children in his neighborhood—and honoring his wife’s legacy for generations to follow.

With the power to help you avoid additional income tax and support a cause you love, your IRA could be your secret charitable planning weapon.

Each year, beginning at age 70½, individuals with traditional IRA accounts must take required minimum distributions. But the IRA “charitable rollover” provision allows for an IRA owner to make a distribution of up to $100,000 directly to a public charity instead, which is not considered taxable income. With the power to help you avoid additional income tax and support a cause you love, your IRA could be your secret charitable planning weapon.

For longtime Trust donor Tom Chomicz, using his individual retirement account for charitable purposes was a winning proposition. “It just works out best for me,” Chomicz says.

Chomicz, a retired partner at Quarles & Brady, practiced as a tax-exempt organizations attorney—so he brought expert knowledge to considering his options. “A charitable contribution doesn’t do me anything, tax-wise,” he explains. “But the charitable distribution alternative gives me some tax benefit, because it comes off the top for both federal and state purposes—and it meets my charitable objectives too.”

As for where to give, the choice was simple. “My wife Eunice passed in 2005 and I wanted to do something in recognition of her service to the local school,” he says. Five of the couple’s six children attended the same Catholic elementary school, where Eunice was an active member of the community for years.

However, there were some important limitations. An IRA account owner may not make direct distributions to a private foundation, a supporting organization or a donor advised fund (DAF) and have those distributions count as a qualified charitable rollover.

“They have a supporting organization at the school, but this qualified charitable distribution is ineligible to be made to a supporting organization,” Chomicz explains. “So I was trying to figure out how best to accomplish what I wanted to do. And I came upon this idea in discussion with the Trust, whereby money coming out of my individual retirement account would qualify as one of these charitable distributions and the Trust would have administrative guidance and direction over the money. It would then, on an annual basis, pay 5% of the total value of the corpus to the school. And that way we accomplish all the objectives.”

Tim Bresnahan, the Trust’s senior director of gift planning, explains that this type of fund is known as a designated fund “because you, as the donor, have designated the exact organization to be supported.” Unlike a DAF, you can legally make distributions from your IRA each year to replenish the designated fund. The fund can even be structured so that grants do not flow out until after your lifetime, allowing the assets to grow.

Another advantage to the designated fund is the ability to stipulate what happens to the balance if the original beneficiary closes its doors. “That was another key element: that I had a back-up plan or a Plan B in the document, which I probably couldn’t have put in by giving directly to the school,” Chomicz says.

Today, the Eunice Chomicz Memorial Scholarship Designated Fund provides funding to the family’s beloved alma mater, which is applied toward financial aid for students in need: “families with single parents, or other situations that the school is aware of where the family doesn’t have the wherewithal to pay the full tuition,” Chomicz says. “But they want to keep them in the school, and this support helps make that possible.”

Unlike a DAF, you can legally make distributions from your IRA each year to replenish the designated fund. The fund can even be structured so that grants do not flow out until after your lifetime, allowing the assets to grow.

According to Bresnahan, “We’re seeing a lot more donors who are starting to ask about distributions from their IRAs. And unfortunately we have many who, without talking to us first, send $50,000 or $100,000 from their IRA to be added to their donor advised funds. Once we explain that’s not permissible, we talk them through the alternatives—and many of them become keen on the idea of setting up either endowed or non-endowed designated funds that support one or more named charities.”

Chomicz still calls the parish where his children attended school home. “We moved in here in 1972, and I’m still here,” he says. “So I still feel the benefits that my family received from the school, and that’s what I’m trying to recognize.”

“I think the way that this is set up is really smart,” Bresnahan agrees. “I don’t know that every donor with an IRA appreciates what an effective tool, from a philanthropy and from a income tax management perspective, it can really be.”