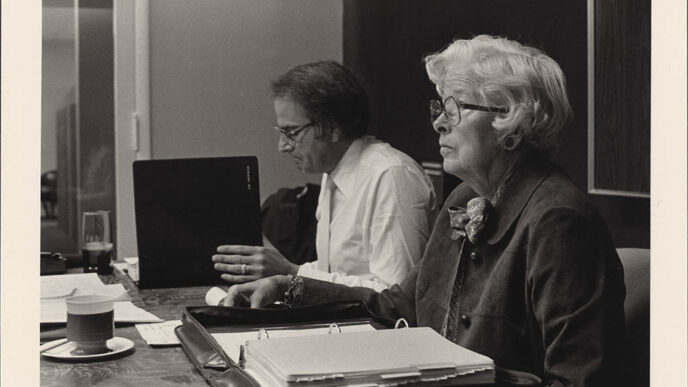 The eldest daughter of Edwin C. Austin, the former legal counselor for the Trust, Foote knew of the work of the Trust since her childhood. But it was not until she heard James Brown IV speak that she began to understand its greater potential to effect change throughout the community.

An intelligent and respected leader, Foote specifically insisted on being called “chairman” rather than the customary title “chairwoman.” She said that she valued her service to the Trust because it could offer a chance “to keep abreast of the city’s pressing needs, affording us a unique opportunity to meet those needs creatively.”

Foote chaired the Executive Committee during the tenure of Executive Director Bruce Newman — a time when the Trust became, in her words, “a much more visible organization. The number and size of the requests have changed dramatically, as well as the nature of those requests.”

An avid golf and tennis player, Foote lived in Glencoe where she was active in encouraging the Glencoe Union Church. She consistently supported her alma mater Vassar College and the Junior League, and was a dedicated volunteer for her entire life. Her husband, Robert, was a partner at Sidley & Austin.