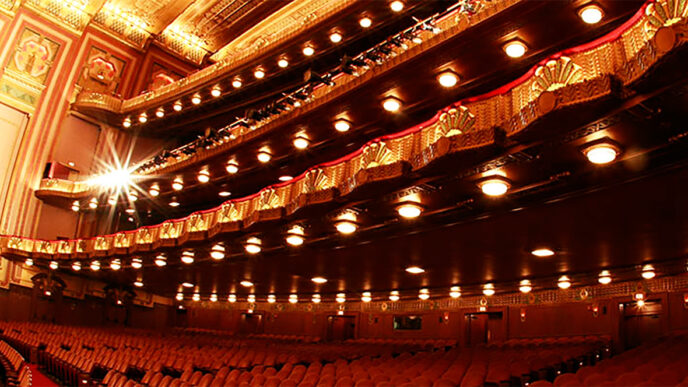 After Richard “Dick” Kiphart died on September 10, 2016, the loss was felt from Ghana to Chicago, in gilded performance halls and gritty tech incubators—and the tributes just kept coming:

From the Lyric Opera of Chicago, where he was a longtime chairman and trustee, to global investment banking and asset management firm William Blair, where he worked for half a century;

From the University of Chicago’s Center for Global Health, which mourned “a great man who will be sorely missed by those fortunate to have known him”;

From the Merit School of Music, where as chairman of the board of trustees he led a $19 million capital campaign, to the Erikson Institute, which hailed him as instrumental in building the school’s downtown campus;

From the Poetry Foundation and Columbia College Chicago, which also benefitted from Kiphart’s business acumen and humor as board chairman;

And from GetSet, Ingenuity, TurboAppeal and other members of Chicago’s startup community, where he was known as an astute angel investor and a great mentor of young entrepreneurs.

“Twenty minutes later, the World Bank reverses its position and agrees to move forward together and invest in the deal. They went from being furious with him to thinking, ‘This is the greatest guy and of course we’ll invest with him.’”

John Ettelson, president and CEO of William Blair, said Kiphart lived life fully engaged and relentlessly focused on the task in front of him.

“He was like a dog with a bone,” said Ettelson. “Truly. He would sink his teeth into it and did not want to let go. If he wanted to get something done, it made him very effective, whether as a businessman or for a not-for-profit.”

This is the person Dick Kiphart was:

Mr. Kiphart was famous for a number of business deals, most notably cold-calling Warren Buffett and in two days getting a formal offer for Dairy Queen. But a more a recent deal might be even more “classic Kiphart.”

Ettelson said that William Blair was contracted to find funding for a startup to provide 4G cell service in sub-Saharan Africa. After the World Bank offered to invest but only under less than desirable terms, Mr. Kiphart stepped in and took the deal himself. The startup was pleased, of course, but sorry it had lost the partnership of the World Bank.

So Mr. Kiphart went to Washington, D.C. to meet the World Bank representatives.

“They were not wild about Dick,” Ettelson said, “but they would soon experience his unique ability to connect with people.”

Mr. Kiphart and the team at the World Bank exchanged personal stories and mutual appreciation for the Center for Global Health’s work in Africa. Not once did they talk about business.

“Twenty minutes later, the World Bank reverses its position and agrees to move forward together and invest in the deal,” Ettelson said. “Classic Kiphart. They went from being furious with him to thinking, ‘This is the greatest guy and of course we’ll invest with him.’”

Kiphart and his wife Susie were extremely active and supportive of the Lyric Opera, where he was a board member for 18 years.

“He loved the Lyric so much because he loved his wife, Susie, so much,” said Mary Selander, the Lyric’s director of development and a longtime friend. “She got him involved here by coming to performances.”

“Dick had a very unique fire in the belly,” Selander said. “He was the ultimate salesman, the ultimate people person.”

Selander said Kiphart was the mastermind behind a $36 million Campaign for Excellence that ended in 2007, just in time to help the Lyric weather the stock market crash in 2008.

And from 1999 to 2016, the Kipharts supported every single Lyric program, from endowed chairs to radio broadcasts to individual singers and every show, Selander said.

“I have never seen any couple be so passionate to give back and make a difference,” Selander said.

This is the person Dick Kiphart was:

In Ghana, access to clean water is a major problem. Many girls spend hours every day lugging water for miles back to their homes instead of going to school. Kiphart paid to dig wells, to give those young people an opportunity they might not otherwise have had.

And when Kiphart visited Ghana, he realized more help was needed. “Now I need to build them a school they can go to,” Ettelson said Kiphart realized. “So he did.”

Over and over again. One hundred wells. Fifteen schools. Medical clinics, and more.

This was Dick Kiphart.