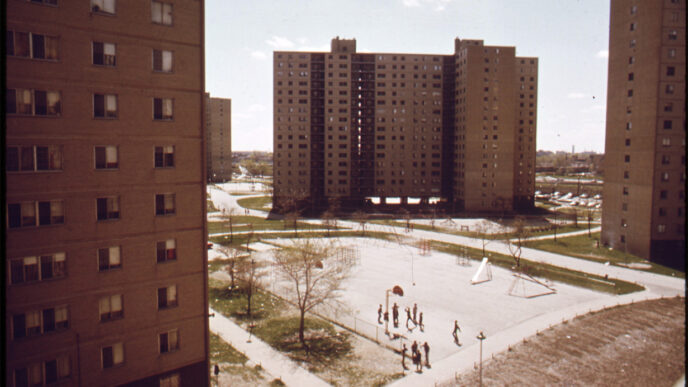 Kale Williams, whose tireless pursuit of fair housing improved the lives of countless Chicagoans, lived a life of purpose and passion.

As executive director of the Leadership Council for Metropolitan Open Communities, Williams was instrumental in implementing the nation’s first housing mobility program, which allowed public housing residents to relocate to more economically diverse
Chicago neighborhoods and suburbs. Called the Gautreaux Assisted Housing Program, it helped 7,100 families—more than 25,000 people—from 1976 to 1998.

“Kale didn’t just hold the beliefs of integration and justice and opportunity for all, he embodied those beliefs,” said longtime friend and collaborator Stephen Perkins, now vice president for market research and innovation for the Center for Neighborhood Technology. “To be involved in so many efforts to actually change policies so that these values become real in the world. That’s just incredibly rare.”

“Kale didn’t just hold the beliefs of integration and justice and
opportunity for all, he embodied those beliefs.”

Williams, who at 17 joined the Navy to fight in World War II, returned from that conflict a pacifist. After studying at the University of Chicago, where he met his wife Helen, he went to work for the Quaker organization the American Friends Service Committee.

In 1966, he joined Dr. Martin Luther King Jr. on marches to end the discriminatory housing practices of the real estate industry and mortgage lenders. That movement led to the creation of the Leadership Council, which Williams would lead as executive director.

In 1976, after the Gautreaux decision, the Leadership Council was asked to implement the landmark program, backed by $3 million in grants from The Chicago Community Trust.

Here’s where Williams’ unique blend of compassion, integrity and administrative acumen proved essential, said Alex Polikoff, lead counsel on the Gautreaux lawsuit against the Department of Housing and Urban Development.

“Kale understood what the challenges were, the kind of work he was engaged in, and was not naïve about what could be accomplished,” said Polikoff, now the co-director of public housing for Business and Professional People for the Public Interest. “But he didn’t allow the difficulty of the task to deter him from undertaking it.”

Williams embarked on his third career in 1994 at Loyola University, as a visiting professor of applied ethics. For the next decade, he was a senior scholar in residence at the school’s Center for Urban Research and Learning, where he mentored numerous students.

Said Helen Williams: “Loyola was looking for someone who had lived a life of applying ethics to his professional life, and they found that in Kale.”