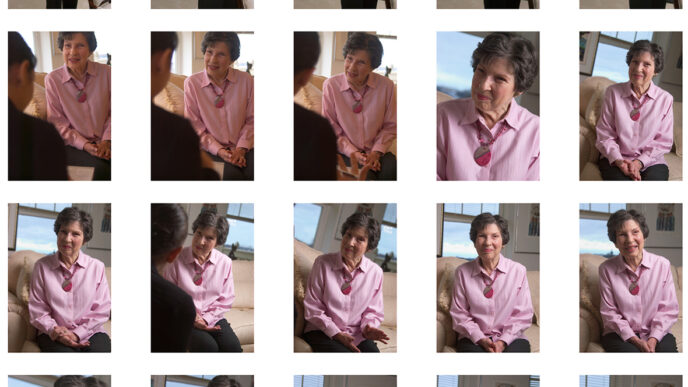 When Charlotte Lindon gave money to charities, there were strings attached. The strings were her heartstrings—her insistence on being involved in good works, on looking for new ways to contribute, on following up on the impact of her donations.

And when she died in 2017, she left the majority of her estate to The Chicago Community Trust, ensuring a lasting legacy for her ethic of selfless giving.

“She had a very strong sense of purpose. It was important to her that her work carry on after she was gone.”

In doing so, Charlotte Lindon was carrying on a family tradition.

Her grandfather, Joseph Phillipson, was a Russian immigrant who sold dry goods from a peddler’s wagon in Chicago before opening a department store at Roosevelt and Halsted. He eagerly shared his wealth with the less fortunate, becoming a major benefactor to the Orthodox Jewish Home for the Aged.

Lindon’s cousin, Jacob Bolotin, was blind but was determined to become a doctor. He worked for years selling brushes and typewriters door-to-door to earn money for his education, and became the first person who was born completely blind to achieve full licensing to practice medicine.

Lindon’s mother-in-law and grandfather-in-law were both blind when they lived with Lindon’s family, and her interest in the visually impaired led to her passionate support for The Chicago Lighthouse.

“Charlotte was a wonderful friend of The Lighthouse,” said Jennifer E. Miller, The Chicago Lighthouse’s chief development officer. “I loved getting to know her personally as well as learning about her amazing life. She will always be missed, but we are grateful for her having the foresight to create a scholarship in perpetuity for our students in honor of her late cousin.”

That scholarship was an example of Lindon’s approach. She would receive letters from the scholarship recipients and follow their progress. “She would keep in touch,” said her son, Gary. “It wasn’t a passive thing.”

Lindon graduated Phi Beta Kappa from Northwestern University with a bachelor’s degree in psychology in 1942, then left graduate school to do her part during World War II, serving as a social worker with the American Red Cross. When the war ended, she earned a master’s degree from Roosevelt University and became a licensed clinical psychologist.

One of her most impactful volunteer efforts involved service as a court-appointed special advocate for young people. A 1995 Chicago Tribune story highlighted how she served as a “guardian angel” for one troubled teen girl whose parents had lost custody.

That same decade, Lindon was diagnosed with cancer and reacted in a very Charlotte way: She co-founded an online support group for patients with her form of cancer.

Other nonprofit groups benefitting from her generosity included the Ark, the Council for Jewish Elderly, the Jewish Council on Urban Affairs, the North Shore Senior Center, Orchard Village, the Hadley School for the Blind and Jewish Homes for the Aged.

“Most of my profession has been, hopefully, making life better. With philanthropy too, you can make a difference in the world. Make the lives of at least some people better.” In 2007, the Trust interviewed Charlotte Lindon about her charitable giving for our annual report. Read the profile: A Lifetime Legacy of Healing

In 1979, she and her husband founded the Elick and Charlotte Lindon Foundation to organize their philanthropy. Later, they partnered with The Chicago Community Trust to make the giving process even simpler and more effective.

“I research an organization’s mission myself; but then I’m interested in the Trust’s evaluation,” Lindon said. “If the Trust has supported an organization, I know I’ll have the information I want. I want their help to identify a program so fantastic that I’m moved to make a significant gift.”

Abbe I. Temkin, director of major and planned gifts for the Trust, worked with Lindon to manage her charitable giving for the last few years of her life.

“She was very deliberate with her philanthropy and incredibly generous,” Temkin said. “She had a very strong sense of purpose. It was important to her that her work carry on after she was gone.”

Temkin found Lindon to be an ideal charitable giver.

“She was the type of person who makes this job enjoyable,” Temkin said. “She was the perfect example of someone who reminds me how lucky I am that I get to see the best in people.”