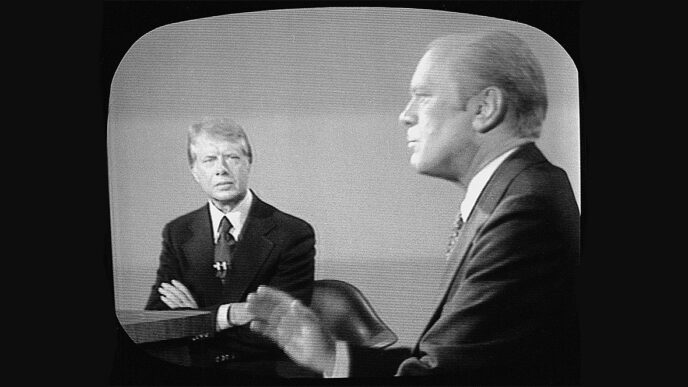 Charles Benton was passionate about civic engagement and democracy. And he had the pioneering vision to recognize how essential access to media and telecommunication are to full civic participation.

As chairman of the Benton Foundation, he worked tirelessly and successfully with partners in the nonprofit and philanthropic sectors to support equitable access to the airwaves and broadband Internet.

Benton, who passed away on April 29, 2015, was an advisor to three U.S. presidents, a successful CEO of a media distribution company and a renowned philanthropist who pioneered foundation funding of media. Underlying these lofty accomplishments was his dedication to underserved communities, and his commitment to ending the digital divide.

“The world feels emptier today,” said famed political commentator Bill Moyers upon Benton’s death. “Like the forest when a great oak falls. And those of us whose lives were touched by Charles are a little lonelier knowing he is gone. What an enthusiast he was for things that mattered to democracy and humanity.”

Benton was born in New York City in 1931. His father, William, the owner of Encyclopaedia Britannica, also served as a U.S. Senator from Connecticut and assistant secretary of state under President Harry Truman.

Charles Benton moved to Evanston with his wife, Marjorie, after he graduated from Yale. He eventually became CEO of Public Media Inc., a major distributor of films and videos to public and educational institutions.

The Bentons helped initiate and provided funding for public forums hosted by the League of Women Voters during the 1976 presidential primaries. These forums led to 1976’s national televised debates between Jimmy Carter and incumbent Gerald Ford. These were the first such debates to happen since the legendary 1960 televised standoff between Richard Nixon and John F. Kennedy, and set the stage for debates to become an integral part of presidential campaigns.

Once in the White House, Carter named Benton chairman of the National Commission on Libraries and Information Science, and Benton chaired the first White House Conference on Library and Information Services in 1979. This honor cemented Benton’s long-term interest in and support of libraries and schools: the anchor institutions that serve communities and foster citizen engagement.

The Benton Foundation has remained committed to “Access, Adoption and Use” of broadband communications, ever since it was an emerging medium at the turn of the 21st century. The foundation advocates for open, affordable, high-capacity broadband access for all Americans, primarily at the federal policy level.

“Those of us whose lives were touched by Charles are a little lonelier knowing he is gone,” said journalist and commentator Bill Moyers. “What an enthusiast he was for things that mattered to democracy and humanity.”

“Broadband has an important economic impact. It creates efficiencies, improves productivity and accelerates innovation,” noted Benton’s daughter Adrianne Furniss, executive director of the Benton Foundation. “Once citizens are online, they can do all these important civic things like pay their taxes and electric bills; they can search for jobs; participate in political speech; and make and share videos about their communities.”

In 2007, Benton worked with the Trust and the Community Media Workshop to convene the Community Media Summit in Chicago, bringing together community media organizations from across the country to share strategies, make connections and highlight best practices.

Benton and the Trust also collaborated along with the city of Chicago, business, academic and nonprofit leaders on the Recovery Partnership, an effort to maximize the impact of funding under the 2009 American Recovery and Reinvestment Act, and sustain initiatives sparked by this stimulus funding. Broadband was a focus of the partnership, and broadband access was naturally part of its other priority areas including education, energy and housing.

Benton also served along with Trust President and CEO Terry Mazany on the Illinois Broadband Deployment Council, among other collaborations.

Federal policies enacted with the support of Benton and his foundation can promote equity, access and diversity, Furniss noted. But it takes local communities and community foundations to put policy into action and implement a vision for a fully connected community.