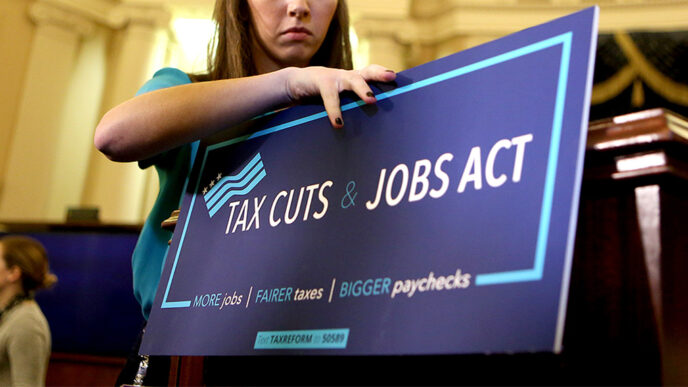 On December 22, 2017, President Donald Trump signed the Tax Cuts and Jobs Act into law. The legislation makes significant changes to corporate and personal tax laws, including changes in rates, deductions and credits available to individuals and business entities.

As a donor, here is a guide to the changes that may be most important for you to understand.

One of the most significant changes in the new tax legislation is the increase of the standard deduction to $12,000 for single taxpayers and $24,000 for married taxpayers ﬁling jointly.

For individuals and families that continue to itemize their deductions, the Pease Limitation is repealed under the new law.

A donor’s ability to claim a charitable deduction is limited to that donor’s adjusted gross income, or AGI. The limitation depends on a variety of factors, including the type of asset being contributed and the organization receiving the contribution. Additionally, a taxpayer must itemize deductions on her federal tax return in order to deduct charitable gifts.

Under the new Tax Cuts and Jobs Act, the AGI limitation for cash contributions to public charities is increased from 50% to 60%. The new legislation does not make any changes to the rules impacting non-cash gifts, such as gifts of publicly traded stock, mutual funds and exchange traded funds.

What It Means For You

The new tax law is an opportunity for you, as a donor, to meet with your advisors and assess the potential impact the Tax Cuts and Jobs Act may have on your individual tax situation. The majority of the donors we work with at The Chicago Community Trust make charitable gifts—including to new and existing donor advised funds—out of a desire to create positive change in their communities. The new tax law does not change that driving motivation.

Yet there are significant and important tax benefits to making charitable gifts—during life, and at death. For example, for donors who prefer to make gifts of cash, the higher AGI limits may be an incentive to make additional gifts to their donor advised funds.

The new tax law’s lower individual rates, and the significant changes to the standard deduction and itemized deductions, means that donors should take the time to understand what impact, if any, the Tax Cuts and Jobs Act may have on the tax implications of their charitable gifts.

And as always, the Trust looks forward to working with our donors and their professional advisors in 2018 and beyond. For more than 100 years, we have been a trusted partner to philanthropists across the city, region and country, and we look forward to continuing to support our donors in this new tax law environment.

Be sure to connect with the Trust on LinkedIn for the latest insights into philanthropy. And if you have questions about how these tax law changes may impact your charitable giving, please contact Tim Bresnahan, senior director of gift planning, at tbresnahan@cct.org or (312)565-2832.